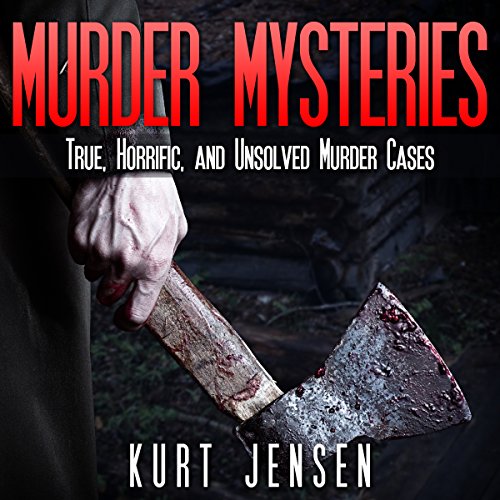 By: Kurt Jensen
Narrated by: Jamie B. Cline

Statistically, the average serial killer is a white male from a lower-to-middle-class background, usually in his 20s or 30s.

Serial killers are often chronically aggressive, and they seem to have an over-controlled hostility towards others. Often they have been hurt and are resentful and traumatized. They become obsessive, paranoid, and then insane. At that point they lose control and can no longer control their needs. It is disturbing to note that serial killers are actually very rational and calculating.

When it comes to serial killers, many were physically or emotionally abused by their parents as children. Fledgling serial killers often set fires, torture animals, and wet their beds. Surprisingly, many have attempted to become police, but have been rejected; worked as security guards; or served in the military.

In this audiobook, we will look at many aspects of the serial killer. For instance, what qualifies as a serial killer? How do they choose their victims? Who are some of the most famous serial killers? And, we will closely look at unsolved murders by serial killers.

What you will discover:

This audiobook contains an in-depth review of why people murder and looks at unsolved serial killer murders. The question is, will you choose delve into the mind of a serial killer, or will you continue to shy away from anything that may be unpleasant?

If you are ready to take a look at another side of society, download your copy of Murder Mysteries: True, Horrific, and Unsolved Murder Cases now!

Not a single regret

Incredibly well done, the story was captivating and the narrator was always amusing, was caught totally surprised in one point. You'll know when...

Really loved this book,narration was amazing, he has a natural tone and cadence to his voice that tacky ads to the content of the book. I only wish it wad longer because it was so interesting. They touched on cases I never heard of and it was really fascinating. AUDIBLE 20 REVIEW SWEEPSTAKES ENTRY