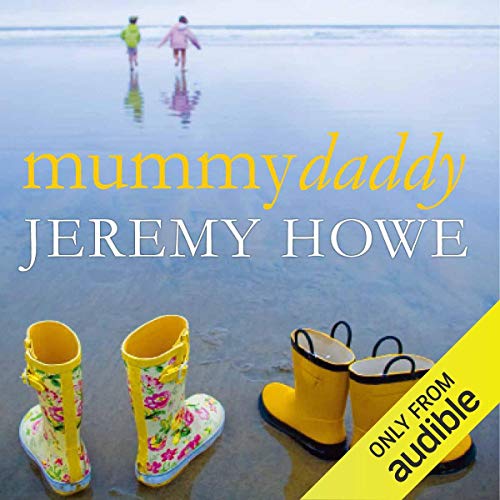 In the summer of 1992, Jeremy Howe and his wife, Lizzie, were tending to last-minute holiday preparations. Lizzie was leaving to teach at a summer school before she could join Jeremy and their two daughters, Jessica, six and Lucy, four, at the seaside. That night, arriving at his mother’s in Suffolk, Jeremy managed to get the excited girls to go to sleep, irritated that their mother hadn't called to say goodnight as she had promised. Just after midnight the household was woken by a policeman who had come to tell them that Lizzie was dead. She had been murdered. Twenty years after that terrible night, Jeremy and his girls are not the people they might have been had Lizzie not died. They’re certainly different, but not damaged.

This is the candid, heartrending story of how they got there, of how, faced with the worst thing that could possibly happen, they put their lives back together, bit by bit and piece by piece. It's a story of how Daddy became Mummydaddy and of the pitfalls along the way, from how on earth you decide what to tell your children about their mother's violent death to the practicalities of knowing what they like in their packed lunch; from helping your children to grieve when your own grief is so sharp it threatens to overwhelm you to making sure that they brush their teeth and comb their hair. It's a story full of tears, but also of love and family and redemption.

“This honest, beautifully expressed memoir relates Jeremy Howe's shock and grief, but beyond that it evokes fierce parental devotion, a remarkable understanding of small children and a grittiness that will chime with anybody who has experienced, or fears, such a calamity” (Mail on Sunday)

I was engrossed in this book immediately. The tragic story of how a family survive after the murder of Jeremy's wife, how he survives the loss with a broken heart and to bring up his two young daughters. It is honest and you can feel the pain and the difficulties Jeremy faces from every aspect of their lives. How he has to survive bringing up a family, the problems faced with having to work, his financial struggles, his emotional struggles. It is not all tear jerking, there is much humour too, with the many people and situations Jeremy has to face. I highly recommend this audio book, also very pleasing to the ear by the narrator, whom I would imagine how Jeremy would sound. Excellent.