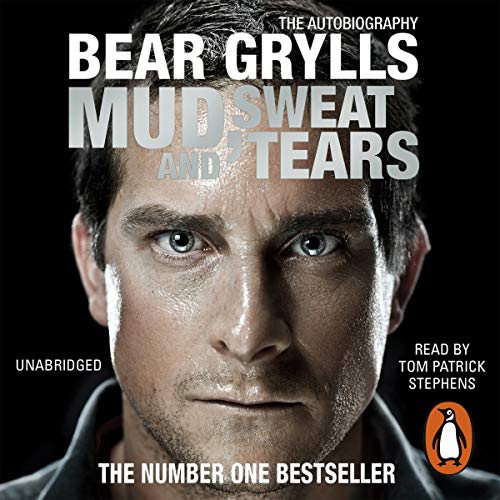 By: Bear Grylls
Narrated by: Tom Patrick Stephens
Try for £0.00

Bear Grylls is a man who has always sought the ultimate in adventure. Growing up on the Isle of Wight, he was taught by his father to sail and climb at an early age. As a teenager he found identity and purpose through both mountaineering and martial arts, which led the young adventurer to the foothills of the mighty Himalaya and a grandmaster's karate training camp in Japan. On returning home, he embarked upon the notoriously gruelling selection course for the British Special Forces to join 21 SAS - a journey that was to push him to the very limits of physical and mental endurance. Then, in a horrific free-fall parachuting accident, Bear broke his back in three places. It was touch and go whether he would ever walk again. However, only eighteen months later Bear became one of the youngest ever climbers to scale Everest, aged only 23. But this was just the beginning of his many extraordinary adventures . . .Known and admired by millions, Bear Grylls has survived where few would dare to go. Now, for the first time, Bear tells the story of his action-packed life.

Gripping, moving and wildly exhilarating, Mud, Sweat and Tears is a must-read for adrenalin junkies and armchair adventurers alike. Narrated by Tom Patrick Stephens, who Bear approved himself (since he was off adventuring!)

What listeners say about Mud, Sweat and Tears

Great read. The book focuses on his training and the climb. One very lucky guy that I can relate to in the back injury department. Its still an incredible journey in the short time this book goes on for and it leaves you wanting more. Better go watch some Man Vs wild now.

I love this guy

Listened to the whole book in a day. The bloke is amazing and his book was a joy.

This is the best autobiography I have ever read. Well written and narrated. Excellent, compelling.

loved it, had me laughing out loud in places and wanting to know more about what happened next.

really good insight into bears life, i really enjoyed the climbing everest part, and hearing what the sas selection process was like

A bit of a slow start, but worth the wait

A bit of a slow start, but worth the wait.
It is to be expected with a biography that starts in childhood, but it’s good to know before going in.

Otherwise, the book was worth every second.

Listened to better and worse.

Il save you the hassle, go straight to chapter 38 when he started selection training. The narrator sounded like bear but didn’t really have a clue. This book is wrote and aimed at a American audience unfortunately. I think people who sign the official secrets act shouldn’t be allowed to author autobiographies. It’s false advertising.

What a great guy

Really enjoyed this book , it’s honest , not all glittery and hyped up but shows the efforts Bear went through to achieve his goals
Thoroughly enjoyed it but if I had to add one negative thing it’s a shame he ; Bear , didn’t narrate this book himself

What did you love best about Mud, Sweat and Tears?

Bear Grylls is human he just tries harder and never gives up.
A completely honest and inspirational listen.

Climbing Everest. Always thought it was something that I might want to do. It no longer is.

This book made me late for work many times as I sat in my car not wanting to stop the adventure.

Listening for a second time over and will surely do many times more in the future.

What an original human being.

if u like adventures, I'm sure u will love this.
superbly narrated.packed with interesting moments and incidents. really enjoyed it. thanks audible.😀

The book has had me gripped for the past week. I've not wanted to stop listening to it at all.

Its read very well and not like a robot.

If you like adventure, outdoors and exploring, I recommend this to you.

Where does Mud, Sweat and Tears rank among all the audiobooks you’ve listened to so far?

I was skeptical about audiobooks in general at first, but after listening to this I was pleasently surprised. The narrator does an excellent job in bringing the words to life and the story is both very captivating and inspiring.

As a biography is goes without saying that my favorite character was Bear himself.

My favorite moment was during SAS selection. Because I listened to the book while running, it inspired me to push myself a little further.

It's funny to get an insight in the number of adventures, big and small, that Bear has been involved in. You can't help but chuckle and think: "what a lovable idiot"

Better than I would have thought

Its quite good simple entertainment.

What about Tom Patrick Stephens’s performance did you like?

He did quite well.

Not so much - it is a fairly simple book, and while its a good story it lacks the level to become really inspirational.

The narration is exceptional and perfectly suitable to the content.

Without question, a must listen!

Would you listen to Mud, Sweat and Tears again? Why?

No, Once you know the story I don't feel the need?

What was one of the most memorable moments of Mud, Sweat and Tears?

His summit of Everest and what he overcame.

What about Tom Patrick Stephens’s performance did you like?

He sounded similar to Bear, so it was as if he was talking.

Mud, Sweat and Tears.. Great name for a title.

What did you love best about Mud, Sweat and Tears?

This is a great book for anybody, the underlying key principles told in the book can be applied to anybody with any situation. I highly recommend it.. To the point that this is the first review I have ever written an I've been an Audible member for nearly two years. Give this book a go!