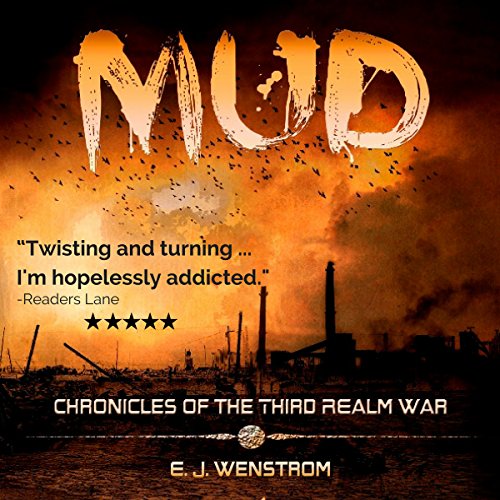 Torn apart by war and abandoned by the gods, only one hope remains to save humanity. But the savior isn’t human at all.

Trapped by his Maker’s command to protect a mysterious box, Adem is forced to kill anyone who tries to steal it. When a young boy chances upon Adem’s temple, he resists temptation, intriguing the golem. As the boy and his sister convince Adem to leave the refuge of his temple, the group lands in a web of trouble.

Now Adem will do whatever necessary to keep his new young charges safe, even if it means risking all to get rid of the box. Their saving grace comes in the form of an angel who offers to set Adem free of the box’s magic by granting his greatest desire - making him human.

But first, Adem must bring back the angel’s long-dead human love from the Underworld. In doing so, he will risk breaking the barrier between the realms, a cataclysm that could launch the Third Realm War. To set things right, he may be forced to give up his the only thing he’s ever truly wanted…a chance at a soul of his own.

Once I started listening to the audiobook, I thought that it sounded intriguing. I wanted to know more about this world that the author introduced us too. My only complaint is that I found it had quite a few slow moments and this dragged the book down. Other then this I thought the book is good and I would recommend it.
The narrator did a great job in voicing all the characters.

This book was given to me for free at my request and I am providing this voluntary review.

I really enjoyed the world-building present in this book. Through the lore the author presented and by the way they conveyed it made it fun for me to try and guess how the realms were interconnected, and what could have caused the realm wars referenced in the book. Overall though, I enjoyed listening to the book.

The narrator was very good. Characters were easily distinguished and the audio was clear.

The continual indecisiveness and inner monologue of the main character caused me some frustration. The story seemed to drag in moments when the main character had to wrestle with a decision, and there were many. I found myself less interested in the actual plot of the book, and more interested in piecing together the lore-hints about the realms, realm wars, and the gods.

I just wanted to say that Tom Zadoyko delivered a phenomenal performance that really elevated the audio book. His use of accents, tones and speech patterns really separated and gave a unique feel to all the various characters. It really made this book like 10x better. I've heard so many free audio books and very rarely am I this pleased to listen. Great job, I can't wait to listen to more of his works.

The story itself was good material too. Like Pinocchio, it's about a man made creation, a golem, who wants to become human. His journey will take him all over the realm and beyond in search of his humanity. Definitely worth your time.

I received a free copy of this audiobook in exchange for an impartial review. I admit this review sounds like marketing but I really did enjoy Tom's narration that much. So many free audiobooks are.... not great. It's worth a listen.

This was a pretty enjoyable listen. I really liked the characters and world building the author achieved. The narrator, too, did a great job. I thought the story was really unique and interesting. All in all, I think this book is worth checking out.

"I was given this free review copy audiobook at my request and have voluntarily left this review."
I found the story very interesting. I like the way E.J Wenstrom uses the main character in the battle between good verses evil. The struggle the character goes through give the story an excellent direction. Tom Zadoyko does an very good job in the narration. I will surly listen to the next book in the series.

Good Story, but it's hard for me to rate

I liked the story, the characters, and the setting. The world was well development and the mythology is well defined. Having said all that, I didn't care much for this book. I don't know why and it's bothering me. It is truly and new world and a new point of view. The main character is a Golem, and I have never read/listened to a book that didn't have a human or humanoid as the main character. That was what appealed to me about this book.

I feel that people will have to listen or read this book for themselves and not trust to much in the reviews. This is one of those books that people are going to love or feel indifferent about. No one who gives this one a chance will hate it.

The narrator did a good job!

The book was good, the narrator was good. But, together they did not click for me. I felt there was a little too much emphasis on his thoughts and emotions, which was confusing.
overall, I would consider a second release.
This book was given to me free of charge for my unbiased review.