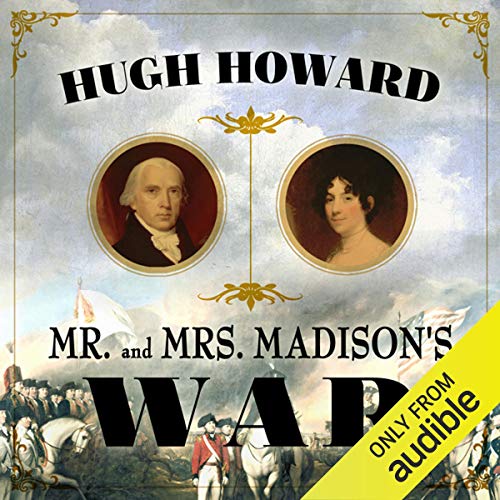 August 28, 1814. James Madison mourns the nation's loss. Smoke rises from the ruin of the Capitol before him; a mile away stands the blackened shell of the White House. The British have laid waste to Washington City.

As we approach its bicentennial, the War of 1812 remains the least understood of America's wars. To some it was a conflict that resolved nothing, but to others, it was the second war of independence, settling once and for all that America would never again submit to Britain. At its centre was James Madison, and at his side was the extraordinary Dolley, who defined the role of first lady for all to follow, and who would prove perhaps her husband's most indispensable ally.

In this powerful new work, drawing on countless primary sources, acclaimed historian Hugh Howard presents a gripping account of the conflict as James and Dolley Madison experienced it. Mr and Mrs Madison's War rediscovers a conflict fought on land and sea - from the shores of the Potomac River to the Great Lakes - that proved to be a critical turning point in American history.

What listeners say about Mr and Mrs Madison's War

If you could sum up Mr and Mrs Madison's War in three words, what would they be?

Inclusive, through and Exciting

Clear and a good easy listen