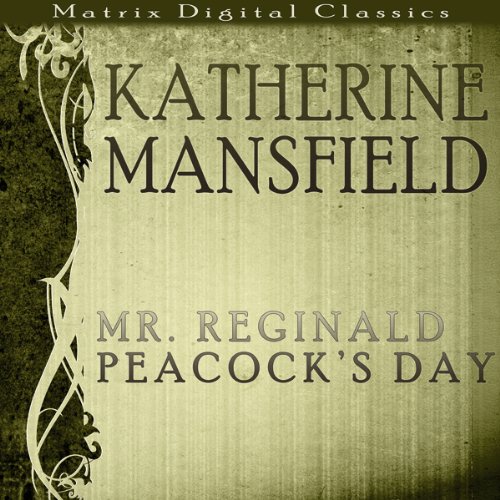 Katherine Mansfield was the pen name of Kathleen Mansfield Murry (1888-1923), a prominent New Zealand modernist writer of short fiction. She is widely considered one of the best short-story writers of her period.

A number of her works, including "Miss Brill", "Prelude", "The Garden Party", "The Doll's House", and later works such as "The Fly", are frequently collected in short-story anthologies. Mansfield also proved ahead of her time in her adoration of Russian playwright and short story writer Anton Chekhov, and incorporated some of his themes and techniques into her writing.

This audiobook is her classic short story 'Mr Reginald Peacock's Day', which was first published in the British literary magazine The New Age in 1917 and later reprinted in Bliss and Other Stories in 1920.