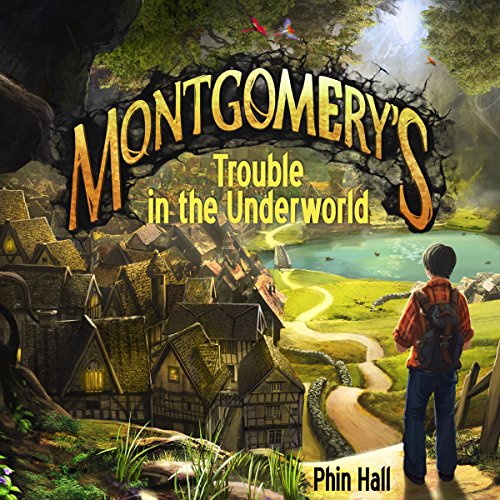 Montgomery's Trouble in the Underworld

Thirteen-year-old Montgomery doesn't believe in magic. But then, he'd have said people don't live hundreds of meters below London, yet here they are! And in the Underworld city of Lundarien, they have EIGHT kinds of magic - the ‘Magic Circles'.

Here Montgomery meets Jarfin and others, who show him around the vast city caverns and even take him hunting in the Hanging Forest, and he soon feels more at home in the Underworld than back in his apartment on the Surface.

But all is not well in Lundarien, what with the kidnappings, the stampeding monsters and the dark forces lurking in the Labyrinth, and Montgomery soon finds himself drawn into defending the city and his new friends against an evil tyrant, while unearthing his own magical heritage.

What listeners say about Montgomery's Trouble in the Underworld

What made the experience of listening to Montgomery's Trouble in the Underworld the most enjoyable?

I'm got a great reader and my concentration is poor, but I listened to the full 6 hours of this book in a single sitting!
I loved the twists and turns of Montgomery's adventures in Lundarien and the conflict with his 'normal' life in London. If only so many chapters didn't end on cliffhangers I might have spread the listening out over a few days. I'll just have to listen to it again instead.

What other book might you compare Montgomery's Trouble in the Underworld to, and why?

Though it's not as long or complex, this book is in a similar vein to the Harry Potter novels, with its blend of magic and mystery. It's a bit more tongue-in-cheek though, like the Percy Jackson novels (though better written in my opinion!)

Which character – as performed by Phin Hall – was your favourite?

Although she wasn't a major character, Vala was my favourite. I loved the voice Phin used and she reminded of me of my gran - always angry, with a smile on her face.

I just enjoyed the pure escapism. It made me wish I was a child again so I could listen to this as the target audience.

Great story, that is well written and narrated. The world that Phin Hall creates is fantastic - I will never ride in a lift the same way again!

I really like this story, it was a fun adventure in a unique world with good narration. I was delighted to see there is a second in the series and just purchased that one too.