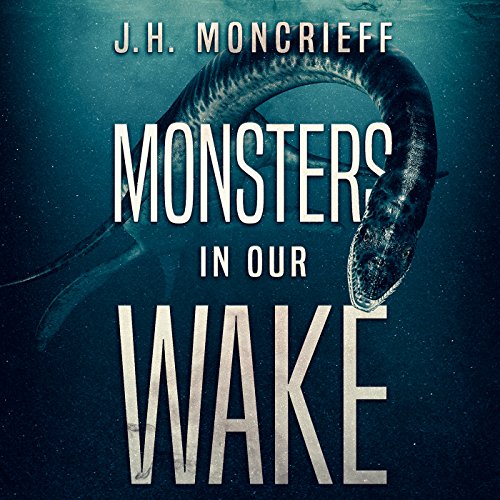 Monsters in Our Wake

Monsters in Our Wake

In the idyllic waters of the South Pacific lurks a dangerous and insatiable predator; a monster whose bloodlust and greed threatens the very survival of our planet...the oil industry.

Thousands of miles from the nearest human settlement, deep on the ocean floor, ancient creatures have lived peacefully for millennia. But when an oil drill bursts through their lair, Nøkken attacks, damaging the drilling ship's engine and trapping the desperate crew.

The longer the humans remain in Nøkken's territory, struggling to repair their ailing ship, the more confrontations occur between the two species. When the death toll rises, the crew turns on each other, and marine geologist Flora Duchovney realizes the scariest monsters aren't below the surface.

What a fantastic book with a fresh perspective!

A unique point of view is always refreshing. Moncrieff did an amazing job bringing me into the sea monsters' world. I loved every moment and thouroghly enjoyed this book. Vibrant storytelling that came to life. I feel like I really know and understand sea monsters now! The end had me in shock. I had to go back and listen twice!

I highly recommend this book. Grab your copy now!

Don't Waste your $ or Credits

If you like books where you hear the "monsters" talking, then this is the book for you. Add in a person and one of the monsters having some kind of ESP connection and it is just bizarre. I found this book to be weird and the characters really unlikeable. Didn't finish it because it was so bad.