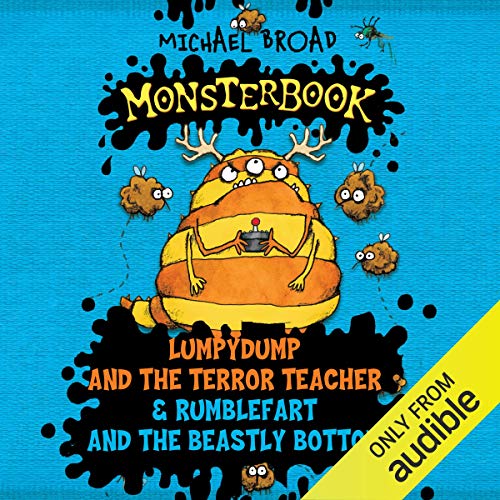 By: Michael Broad
Narrated by: Paul Chequer
Try for £0.00

Lumpydump and the Terror Teacher
Urk isn’t scary like the other monsters, so when he was sent to frighten fleshblob Will, he made friends with him instead! Will’s new teacher, Mrs Dumpy, is really mean, and Urk thinks she’s hiding a MONSTROUS secret. Can they uncover the terror teacher’s putrid plan?

Rumblefart and the Beastly Bottom
Will’s school play is 'Beauty and the Beast', but Urk has discovered there’ll be more than one monster on opening night! The show must go on, but can they stop Rumblefart and his mad monster mob?

What listeners say about Monsterbook: Lumpydump and the Terror Teacher & Rumblefart and the Beastly Bottom