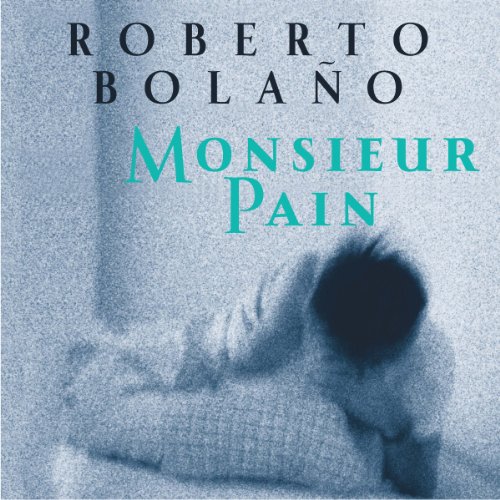 A disciple of Mesmer is put in charge of curing the hypochondria of a poor South American abandoned in a Paris hospital in the spring of 1938. It seems as though nothing bad could possibly happen, until the hypnotist Pierre Pain becomes embroiled in intrigue which plans ritual assassination of planetary proportions. Only Pierre Pain realizes what is going on behind the scenes, but he is no hero, he is an ordinary man and the least inclined to embark on an adventure of life and death where love, solitude, and the value of the human being is put at risk.

What listeners say about Monsieur Pain

Everything was geometry and sh!t!

"I do also recall, however, that for Terzeff every death had a ritual function; death, indeed, was the only genuine rite left in the world."
-- Roberto Bolaño, Monsieur Pain

"Geometry, everything was geometry and shit."
-- Roberto Bolaño, Monsieur Pain

A weird little Bolaño. A novella (Bolaño second written, first published) set in Paris in the 30s and narrated by the most unreliable mesmerist Pierre Pain. In some ways it reminded me of one of Nabokov's early, funky Russian novellas. It is all dark glass and rain and smoke and damp theaters and long hallways and hospitals and doctors.

It is a dark mystery room without a door out. The narrator doesn't really solve the mystery. The victim isn't saved. The reader is left with almost less information and satisfaction at the end than the beginning. If it was sex, Bolaño would fail to get aroused, ignore his partner's libido, and just roll over and watch a movie instead. Even the novel's funky epilogue (for voices) doesn't resolve anything, other than the reality that death is the BIG inescapable mystery, and the final climax for everyone. Perhaps, that, THAT is the answer. Perhaps, that is the only answer possible. Anything before, and anything between birth and death is as certain and comprehensible as animal magnetism, hypnotism, and mesmerism. So destroy the form. Kill the thrill.