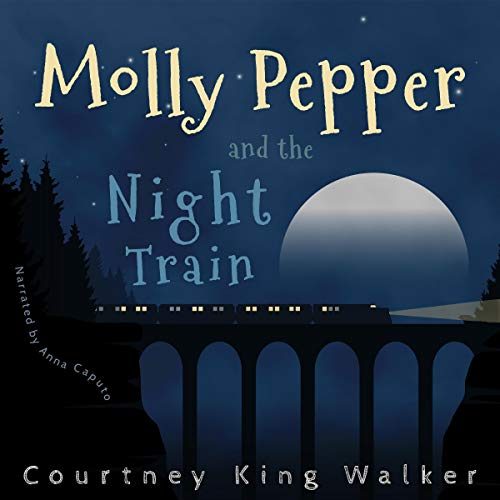 Molly Pepper and the Night Train

By: Courtney King Walker
Narrated by: Anna Caputo
Try for £0.00

Hidden somewhere in the fog of the San Francisco bay lies Blue Rock Island, home to the bay area s two best-kept secrets: Bell's Bluff, the old, abandoned prison on one side of the island, and the Night Train, a mysterious train ride on the other. When 12-year-old Molly Pepper receives a secret invitation promising a night of magic and adventure aboard the Night Train, she is skeptical. In her experience, most promises prove too good to be true. The fact that she lost her mom is proof enough.

Still, Molly gives hope another chance. Together with her loyal friend, Noah Wonderly, they sneak out of the house and follow a string of clues leading to the Night Train. But when the train stops at Bell's Bluff, Molly discovers the real reason she was invited. There, she starts to wonder if hope and magic not only fix broken promises; but make you believe in them again.

What listeners say about Molly Pepper and the Night Train

The narrator was AMAZING! I couldn't stop listening and the story was captivating and heartfelt. LOVED IT!