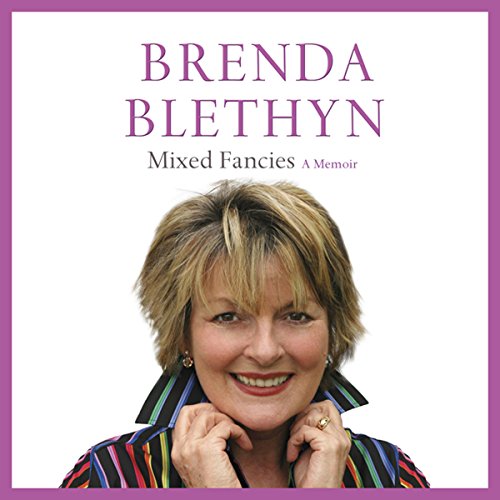 Born in Ramsgate during the 1940s, Brenda Bottle was the youngest of nine in a poor but close family. She left school to work as a secretary for British Rail, where she met her husband. But by the age of 27, the marriage was over. Brenda left her job and with the little she had saved, enrolled at Guildford Drama School. And so her life as an actress began.

One of Britain's best-loved actresses, Brenda Blethyn has dazzled in a vast number of roles, including her performances as downtrodden Cynthia in Mike Leigh's Secrets And Lies and as the man-eating Mari Hoff in Little Voice, for which she received Oscar nominations. On stage, television and film she has worked with our greatest writers and directors -- Alan Bennett, Tom Stoppard, Sam Mendes, Peter Hall -- and actors -- including Michael Caine, Jude Law, Julie Walters, Brad Pitt, Ewan McGregor and John Hurt.

Brenda is one of Britain's finest character actresses, famous for playing her roles with social realism and warmth, wit and humour - characters her audience empathise with. She has the same warmth and humour off screen too; a wonderfully down-to-earth person with a fascinating history.

Told with sparkling wit and engaging honesty, Mixed Fancies is the compelling story of her journey from the Plains of Waterloo to the National Theatre and on to television, Hollywood and stardom.

What listeners say about Mixed Fancies

What a pleasure to read - well actually listen to - I finished this in two days, so avid was I. She is so funny, and I have laughed out loud many times while listening, but also cried. So good - will be strapping my headphones onto my mothers ears while on holiday with her next week as she will love it, and it will keep her quiet for hours. I particularly loved the early bits about Brenda’s family and any of her family jokes. But also the way she describes the thrills and spills of awArds and Hollywood is extraordinarily down to earth. She has taken her dad’s advice to heart and writes completely without any high fallutin’ words yet just nails it, she really does.

Wonderfully narrated by the woman herself.

such an insight no holds barred. With incredible dignity humour and sadness in equal measure.

THANK YOU BRENDA FOR READING YOURSELF!!!

You are an inspiration!!!

loved it funny and touching book. Brenda is so sin

She'll always be Vera to me

I loved Brenda in Vera - which doesn't get a mention in the book - but it was fascinating to hear her life story. Excellent book

Such an entertaining book

Would definitely recommend this book .felt for Brenda several times and could relate to her life

This book is funny,sad,quirky a delight to listen to what a lady i ador and admirer you Brender you are so talented hun 😊

loved the book. Brenda Blethyn read this book so heart felt and at times you could hear the raw honest emotions as she spoke about her parents who she clearly adored.

Really good by an amazing actress. An understanding of the poverty and joys of growing up in a large family.

I loved this book, it's a shame there was only 5 chapters. I could of listened to Brenda for hours with her lovely inspiring and moving stories. Brenda is a true star but also a humble one!