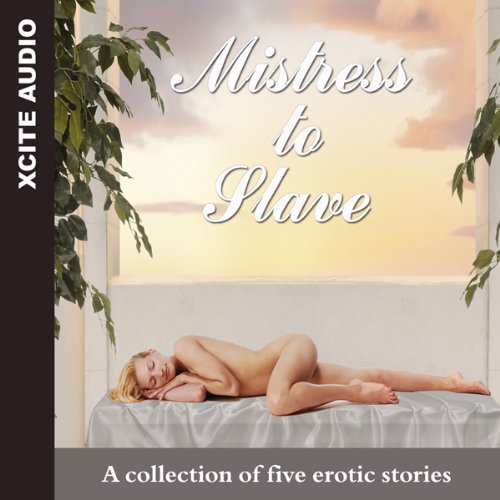 By: Miranda Forbes
Narrated by: Katy Anderson
Try for £0.00

'Mistress to Slave', by Morwenna Drake: They knew how to treat a lady in Imperial Rome, and Quintus the slave lives to obey. But tonight is Saturnalia, when the masters and servants exchange roles for the night, and his mistress, Atia, loves the old traditions.

'Three’s a Cloud', by Roger Frank Selby: When the new girl tries to tell the boss how to run his business, his first reaction is fury and scorn. What does she know about the exercise-bike business? A few easy modifications later, it turns out she knows a lot. And not only about bikes.

'The Pleasure Fixer', by Candy Bagham: Abi makes life easier for the A-List celebs who want to party; Gina makes sure they have enough to eat. Together alone they’re dynamite, but when Biggy Bardino gets in between them, they really hit the big time.

'Shadow Play', by Jennie Treverton: When a camping holiday is disrupted by a troupe of troublesome teens, Adrian thinks the best cure is to tell the guy who runs the place. Mirabelle, on the other hand, reckons they simply need to blow off some steam.

What listeners say about Mistress to Slave