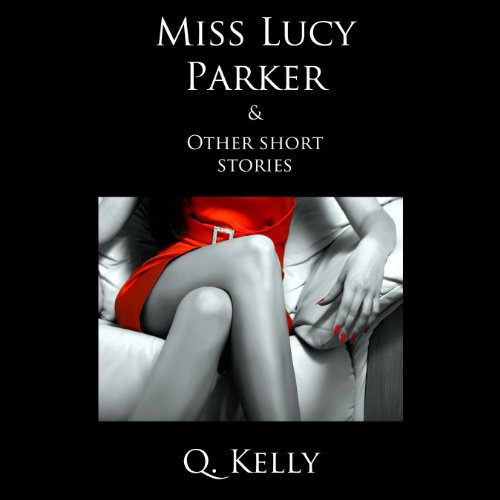 Seven short stories are in this compilation. The lead story is:

Miss Lucy Parker is a prim, proper elderly lady. When a Volkswagen Beetle - the new kind, and pink - PINK! - turns onto the winding road that leads to Lucy's farmhouse, Lucy is sure the car's occupants are lost. And that the car probably contains hippies, because hippies drive Volkswagen Beetles. Lucy plans to tell the hippies to get lost. She has no need for their odd speech, beads and marijuana aroma. Except hippies are not in the car. A woman is, a woman wearing a short, blood-red dress that hugs her body. Thus begins Lucy Parker's great adventure.

Karen does not believe her boyfriend when he tells her that he turns into a woman for seven hours every day.

The person interviewing Debby has a giant booger. Should she tell him and risk not getting the job?

A security guard's first day at a bank has repercussions for him and three workers.

A man struggles every day to follow through on a promise to himself.

A doctor salivates at the prospect of delivering bad news to a twelve-year-old girl and her mother. "The Doctor" has child molestation references.

Gabriel fancies himself a guardian angel. But is he really?

What listeners say about Miss Lucy Parker and Other Short Stories