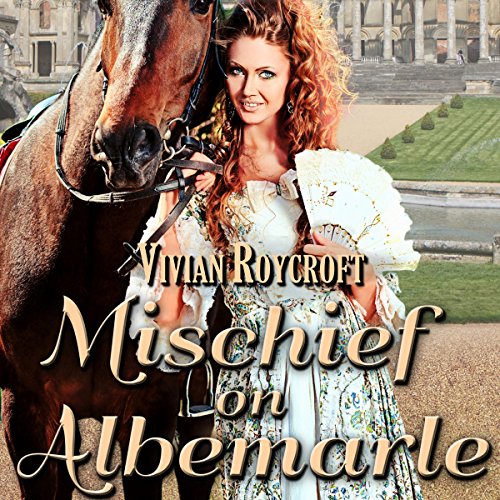 Miss Beryl Wentworth is silently, desperately in love with her childhood friend, Finian Fitzwilliam, who unfortunately still treats her as if he's willing to shove her into the nearest mud puddle. It's infuriating now that she at least has grown up, leading to uproarious and horribly public arguments between them, and it seems he'll never treat her as a grown woman - and never look at her in that way. Until a quite charming rake asks her for the first two dances at the Hanover Square assembly room. Dare she hope that his Grace, Ernst Anton Oldenburg, the Duke of Cumberland, and some say a foreign prince; is serious, even if Fitz is not?

Fitz can't believe it. The man's a rake. He ruined Anne Kirkhoven only weeks ago, and now Beryl agrees to dance with the villain? Strong-willed she might be, but there must be something Fitz can do to extricate her from that ducal clutch. Even if it means interrupting them behind the shrubbery in Hyde Park.

How can the Scoundrel of Mayfair bring two feuding hearts together without setting off the final argument that tears them apart forever?

What listeners say about Mischief on Albemarle