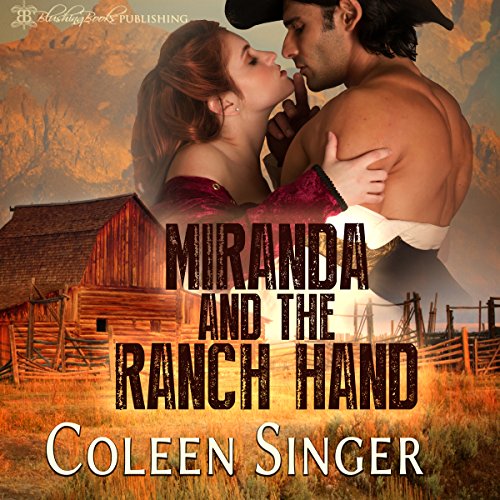 Miranda and the Ranch Hand

By: Coleen Singer
Narrated by: Julie Campbell
Try for £0.00

Miranda Rollins has a wild spirit to match the land she loves. Her older brothers had sent her back east, hoping finishing school would do her some good, but she insisted on veterinary school instead. Now she's home again, hoping to hang her shingle, but the proud ranchers of Austin, Texas, refuse let a female near their livestock.

Dylan Wrightman was attracted Miranda the first time they met, but he was on assignment, working undercover as a ranch hand until he found out who was rustling cattle and driving honest folk off their land. She was a distraction he could do without. It was just his luck that she was part owner of the very ranch where he'd be working. There was more than one way to deal with a headstrong woman - and tossing her over his lap for a sound spanking was sure to end any sparks that might flare between them. Or not.

You'll want to curl up with this western romance erotica today!

What listeners say about Miranda and the Ranch Hand