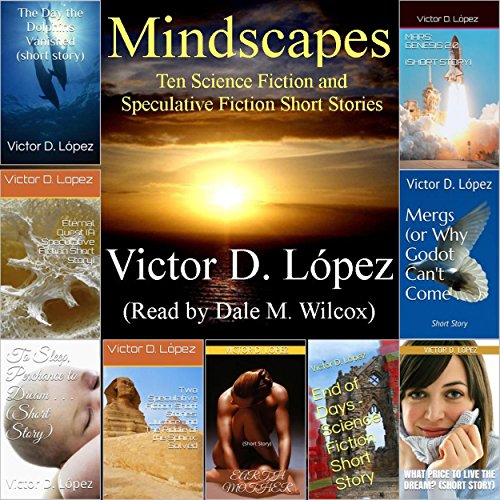 This audiobook is a compilation of 10 science fiction and speculative fiction short stories by the author from his two previous short story collections, Book of Dreams and Book of Dreams, 2nd Edition, as well as two new stories from 2013. Its scope extends from the innermost dimensions of the mind to the outer reaches of the universe, focusing from diverse perspectives on some common themes as to the meaning of life, the superlative strength and wrenching weakness of the human spirit, the power of love and the exquisite pain and ecstasy that flesh is heir to in its perpetual struggle between the duality of human nature that reflected both the divine and the profane.

In very broad outline, the 10 stories involve the following themes: If necessity is the mother of invention, could humanity use present technology to find a way to propagate its seed when faced with the certainty of an extinction-level event in less than two years' time? What really caused the catastrophic failure after the first full-scale test of the Large Hadron Collider? Motivated, ingenious terrorists are about to try their own field experiment to replicate the classified results of the test on a large scale using two suitcase nukes and a modified jetliner in an attack that, if successful, will eradicate all life on earth, destroy our corner of the universe and, in time, give birth to a new addition to the multiverse. If we could communicate with the other sentient, intelligent species with whom we share our planet, what vital lessons might we learn from them and they from us? In a not too distant future in which all human beings on Earth are connected and integrated into a single neural net, what price might be exacted for one wishing to opt out?

Science fiction that will make you think

If you could sum up Mindscapes in three words, what would they be?

What other book might you compare Mindscapes to and why?

Anthologies are hard to compare. This collection provides a good deal of variety in a unique style.

What does Dale M. Wilcox bring to the story that you wouldn’t experience if you just read the book?

The reader has a rich voice and even delivery that helps the stories come alive.

Many. There is humor even in some stories with troubling themes that made me laugh out loud. There is also fear, noble sacrifice, love, hope, despair sometimes all in the same story.

Most of the stories will seem different after a second listen. This is especially true for stories with unexpected endings of which there are a few.