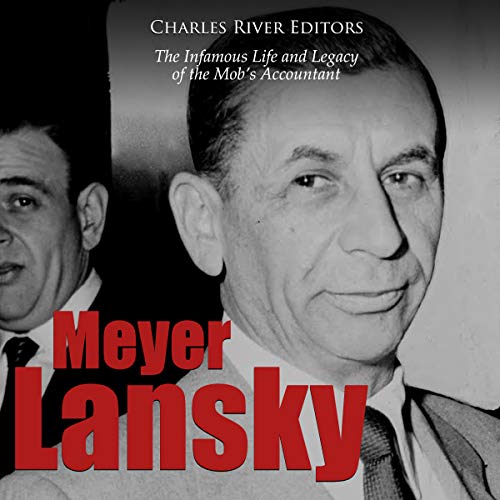 Meyer Lansky: The Infamous Life and Legacy of the Mob’s Accountant

Meyer Lansky: The Infamous Life and Legacy of the Mob’s Accountant

“Don't worry, don't worry. Look at the Astors and the Vanderbilts, all those big society people. They were the worst thieves - and now look at them. It's just a matter of time.” (Meyer Lansky)

One of America’s most infamous mobsters, Meyer Lansky, was also one of the most mysterious, a perplexing yet inexplicably intriguing individual with multiple reputations. To his admirers, he was in many ways the ultimate genius and survivor within the callous and cutthroat world of 20th-century organized crime.

Even in adulthood, Meyer was smaller than most, standing anywhere between four-foot-11 to five-foot-four and weighing 136 pounds at his heaviest. He was not merely an intellectual - he was worldly and wise, one who often doled out advice akin to poetry to his children and grandchildren, his gravelly voice oddly soothing. At the same time, he had all the stealth and cunning of a sphinx, and while remarkably even-tempered, gangsters twice his size dared not cross him. To them, he was no more than a wildly ambitious, often misunderstood entrepreneur who trod upon the border between legality and lawlessness with all the mastery of a tightrope artist. He was, above all, the definition of humility, one whose “handshake was worth more than any contract” and a man who actively dodged the spotlight that doggedly tailed him until the end of his days.

Conversely, most will quickly concede that while Lansky was an exceptionally clever criminal, he was a criminal all the same, and the crimes of this dark horse were unforgivable. Meyer was a fraudulent, tax-evading crook whose massive fortune was literally made off the bodies of countless victims. He was a silver-tongued fiend who preyed on the weak and impressionable, plying them with booze and drugs and feeding their gambling addictions.

Lansky, whose most famous nickname remains the “Mob’s Accountant”, was one of the few gangsters of his era to die in old age, and he was never pinched for anything more serious than gambling. It’s believed he made upward of $20 million in his time as a mobster, but some still claim he was never the mogul the media painted him out to be. Instead, they assert he was an expendable middleman and that he was an overzealous rogue who squandered away whatever fortune he had.

Meyer Lansky: The Infamous Life and Legacy of the Mob’s Accountant profiles the controversial life of one of organized crime’s most notorious figures. You will learn about Meyer Lansky like never before.

What listeners say about Meyer Lansky: The Infamous Life and Legacy of the Mob’s Accountant

This was a good read, however i wish it was a bit longer to read