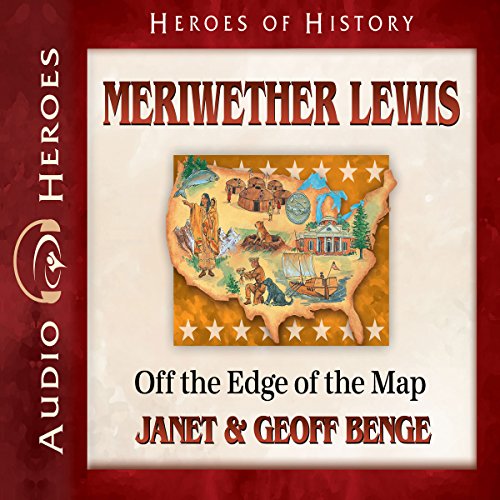 Meriwether Lewis: Off the Edge of the Map

Despite warnings that they would all be drowned, the men of the Lewis and Clark expedition paddled toward the ferocious rapids. Sucked into the tempest, their canoes pitched and rolled in the thrashing water and thumped over jagged rocks, but the men kept paddling. They would get to the Pacific Ocean or die trying.

Meriwether Lewis had been commissioned by President Jefferson to lead a daring expedition so remarkable it would become one of the most famous explorations in history. He chose William Clark as his co-captain. Their mission: to find a land route to the Pacific Ocean while learning as much as possible about the thousands of miles of unexplored territory they struggled through.

Even as a child, Meriwether Lewis was known for courage and clear thinking in a crisis. Now he was determined to succeed in the vast task laid before him by a nation thirsty to know what lay off the edge of the map (1774-1809).

Heroes of History is a unique biography series that brings the shaping of history to life with the remarkable true stories of fascinating men and women who changed the course of history. The stories of Heroes of History are told in an engaging narrative format, where related history, geography, government, and science topics come to life and make a lasting impression. This is a premier biography line for the entire family.

What listeners say about Meriwether Lewis: Off the Edge of the Map

This series always holds my attention. Narrator does a fantastic job. Always recommend these authors.