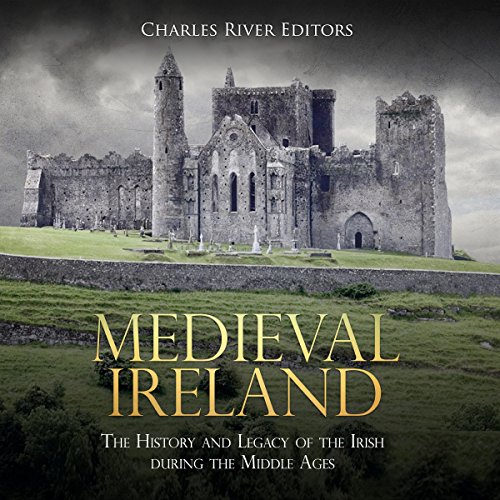 Medieval Ireland: The History and Legacy of the Irish During the Middle Ages

“What have you done for Ireland? How have you answered the Call? Are you pleased with the part you’re playing in the job that demands us all? Have you changed the tweed for the khaki to serve with rank and file, as your comrades are gladly serving, or isn’t it worth your while?” – An extract from a World War I recruitment poster

There are very few national relationships quite as complicated and enigmatic as the one that exists between the English and the Irish. For two peoples so interconnected by geography and history, the depth of animosity that is often expressed is difficult at times to understand. At the same time, historic links of family and clan, and common Gaelic roots, have at times fostered a degree of mutual regard, interdependence, and cooperation that is also occasionally hard to fathom.

During World War I, for example, Ireland fought for the British Empire as part of that empire, and the Irish response to the call to arms was at times just as enthusiastic as that of other British dominions such as Canada, Australia, and New Zealand. And yet, at the same time, plots were unearthed to cooperate with the Germans in toppling British rule in Ireland, which would have virtually ensured an Allied defeat. In World War II, despite Irish neutrality, 12,000 Irish soldiers volunteered to join the Khaki line, returning after the war to the scorn and vitriol of a great many of their more radical countrymen.

What listeners say about Medieval Ireland: The History and Legacy of the Irish During the Middle Ages

competently written & delivered, but as an audiobook it is more about english involvement in Ireland than an actual history of medieval ireland itself. Even pre-Norman Ireland is viewed only briefly through the lens of viking traders and there is little to no mention of any of the states, developments, history or achievements in Ireland in the middle ages.

Even with this over focus on English irish relations, the colonisation of ireland itself is also glossed over, with many important elements such as the several attempts at repression of gaelic culture and the of mainstream latin feudalism is ignored in favour of a focus on the later religious divides between protestants and catholics(It seems that the book has retreat retroactively coloured by the troubles in the north)

TLDR: Would not recommend unless you are looking for a particularly english perception of Irish History