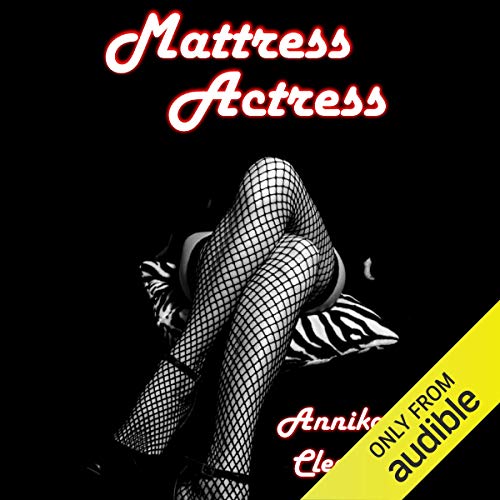 Mattress Actress is the story of Annika Cleeve’s 18 years as a sex worker. Her troubled childhood led to working in a brothel by the age of 15. From there Annika worked her way up to the high-end parlours, agencies, and private work in various parts of Australia and internationally. In this book Annika reveals the truth of a sex worker’s life: the clients, the girls, the parlour bosses, the rip-off merchants, the drug deaths, the white slavery, the discrimination, the corrupt police and politicians, the exotic travel, and the money, finally finding an exit strategy that didn't require a man on a white steed, but rather a university education.

Mattress Actress is a revealing and gutsy look at someone practising the world’s oldest profession in the late 20th century. From wide-eyed innocent to experienced and successful professional, Annika’s story is both shocking and highly entertaining.

About the author: Annika Cleeve proudly has an alphabet of qualifications behind her name, most of which were earned during her 18 years as a sex worker. Annika made the most of the life dished up to her, plying her trade all over the world to royalty & rock stars. She will make you laugh and cry all in the same page.

Love The story. A life so different

Would you listen to Mattress Actress again? Why?

No do not need to.

What other book might you compare Mattress Actress to, and why?

Don't think so it is a one off about ones life.

Enjoy is the wrong question.

No too long great to dip in and out

Have not finished the book, but I hope you get your act together.

An insight to an intriguing world

Where does Mattress Actress rank among all the audiobooks you’ve listened to so far?

I like that it's a true story (perhaps sometime elaborated?) and gives you a first hand experience into the world of prostitution.

What other book might you compare Mattress Actress to, and why?

Very interesting insight into the life of a sex worker. Superbly narrated, let down only by severely poor editing as several edit points in narration remain.

Order Now. Could not turn off!

If you could sum up Mattress Actress in three words, what would they be?

Annika writes a deeply personal narrative with a brilliant conversational tone and a crisp writing style.

Annika captures triumph & tragedy, despair & success with clarity and objectivity. She neither shrinks from the more graphic and provocative details of sex work nor glamorizes its reality. The story is largely upbeat and details a young woman maturing too young, surviving and overcoming her past, with an inspiring quest for independence. Some parts of the book are hard to listen to as they deal with assault and predators with shockingly young prey in the sex industry. Annika neither overly dramatizes nor politicizes these events but reports them objectively leaving the reader to digest them.

What does Lisa Moule bring to the story that you wouldn’t experience if you just read the book?

Lisa is able to capture and give voice to the different characters in the story as well as developing Anneka's voice as she matures.

I listened to it almost entirely in one sitting, over the course of two days finding it very hard to press pause.

A captivating, humanizing read that will challenge conventional pre-conceived notions of sex work and sex workers. Though not a political book by-any-means, Anneka leads you to independently see the cruelty and absurdity of sex workers not being treated with equality as citizens and protected equally under the law.