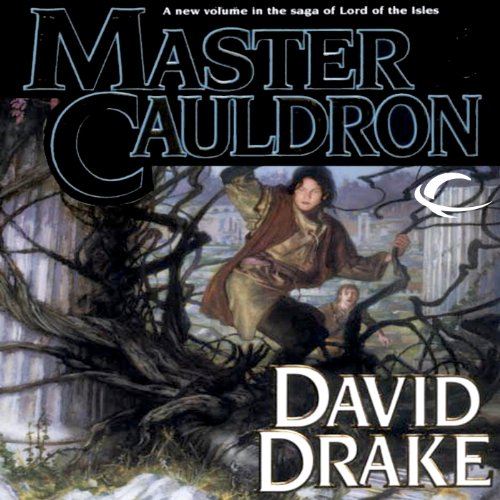 Master of the Cauldron

By: David Drake
Narrated by: Michael Page
Try for £0.00

Garric - or Reise - was born the son of an innkeeper in Barca's Hamlet on the Isle of Haft, but through valor and determination became first a prince and then the Regent and successor to the feeble Valence III, King of the Isles.

But the Kingdom is weak, its rule barely extending past the island of Ornifal. The Isles need a strong king to bring unity, because danger is coming. Magic is stronger now than at any time since the fall of the Old Kingdom in a cataclysm of uncontrolled magic. Evil is growing in the spaces beyond the world, waiting to complete the destruction begun a millennium before.

Only if the Isles are united into a strong New Kingdom can humanity survive. Garric has sworn to become a true Lord of the Isles. Standing with him are his sister, Sharina; his friend and Sharina's lover, the shepherd Cashel; and Cashel's sister, the weaver-witch Ilsa. They have been to Hell and back together in their quest...to save humanity.

What listeners say about Master of the Cauldron