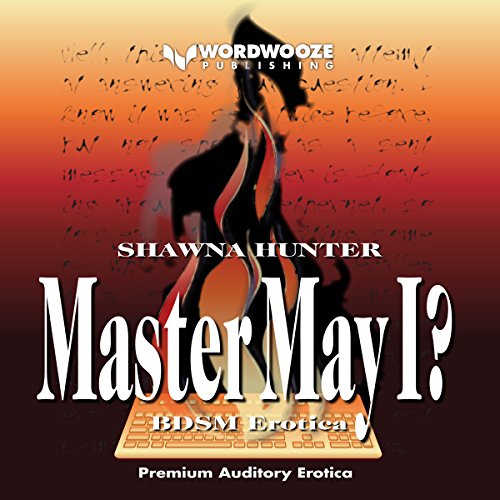 By: Shawna Hunter
Narrated by: Kalinda Little
Try for £0.00

Alyssa K is the "It" girl in town, loving her life as a successful erotica author and BDSM enthusiast. She says yes to life and all it has to offer, never afraid to see what happens next. Darrius is the town's playboy sheriff, a lifestyle dominant and confirmed bachelor with a perpetually empty jail at his disposal. He's never short of adventuresome sex partners who want to walk on the wild side. The paths of Alyssa and Darrius were bound to cross eventually, but neither would have guessed that the impetus for that meeting would come in the form of a suicide attempt. When the town's resident angry drunk rolls her wheelchair into traffic, Alyssa saves her life...against the woman's will. Fascinated by her anger at being rescued, and the woman herself, Alyssa quickly goes into reporter mode but Darrius blocks her at every turn, a state of affairs neither finds themselves minding whatsoever. Darrius has been thinking about something more serious and, as she tumbles down a whole new rabbit hole, Alyssa finds herself wondering if she might not be ready for something more meaningful as well. The real question is what sort of relationship, and with whom?

Alyssa soon learns that there are different forms of love, the raw, physical earthly kind and the deeper, more spiritual type. The one could easily be found with the delightfully obstinate sheriff if she's willing to give up all her other playmates. The other may be hidden deep within the life she saved...if she can break through the walls of rage and regret. Torn between two very powerful, very different lovers and lost in a sea of secrets, Alyssa finds herself pushed to the limit. She thought she knew everything there was to know about kinky sex, but when true feelings arise she learns that she's only begun to scratch the surface. She's submitted her body and mind to many, but now she must submit the most precious part of herself to the whims of fate. Is she destined for happiness or heartbreak?

What listeners say about Master May I?

'Master May I', when a slave is not so slave-like

There were many things I did not like about this book and most of all Alyssa. My main issue was that I did not believe her. I did not believe that she wanted to be a submissive, let alone a slave. She was topping from the bottom the whole time, asking inappropriate questions and making assumptions, the wrong assumptions. I did not believe how she submitted to Wendy so quickly. It was like her adoration was instant. Now I am not too familiar with worship-play, but I did not feel like this level of adoration was credible after they had spent maybe twice half an hour together. I did not care for the other characters that were dragged into the story, in the beginning, the deputy sheriff and his wife. There were many sex scenes with them, but it just didn't move me much. They also sort of disappeared from the story at one point, never to be mentioned again and to be replaced with Elisabeth, the character from 'Their Wild Little Girl.'

The thing I like best about this book? The ending. And no, that's not because I was glad it was over, but because that's when the characters made sense to me. They felt like real people who dealt well with a difficult situation. I believed the last twenty minutes of the book. And of course, the setting of the story and the characterization of the different characters was good as always. If it's one thing that Shawna Hunter does well, it's bringing characters to life and giving them their own life story.

The narrator Kalinda Little did a good job, though I was not too pleased with her portrayal of Darius, that's often the case when a female has to portray a male character. She was the perfect embodiment of Alyssa, and I liked her as Wendy as well.

Overall I was disappointed by this book. I had really expected a lot, especially now that it's a nominee for the Golden Flogger Awards. The sex scenes were okay, but not really more than that. I like Alyssa, but it took a long time for her to find her place and to be comfortable in her own submissive skin. I felt sorry for Wendy, but at least I believed her the whole way through. And Darius, well, I never got that real 'Dom-vibe' from him, but I suppose he found his way in the end. And maybe in that sense, it was a more realistic BDSM book than most. After all, not all slaves kneel at the first command.

A story this original deserves to be experienced. I was hooked almost from the beginning. The narrator starts off a bit robotic but warms up quickly.

The narrator was okay
The story was okay

However I found it annoying how Darius kept mentioning there was some pièce missing that wasn't his to tell over and over again. (we got it the first couple of times). Like others I also didn't really connect with Alyssa I couldn't buy into her insta attraction to Wendy.

Also for à story with à lot of sex in it, there wasn't much steam or description about it. It was only ever à few sentences and then it was done. I prefer the descriptions avery flynn, lauren blakely and vi keeland use vs. This. It was dissapointing in that sense.

The narrator sounded like she was inside a tin can. I know that audio can be better.

You have to love the town of Brooks Hallow, the town is full of Doms, Subs, Masters and Slaves. This is a very open community and very sharing. The characters are unique in their own little world. I love that Allysa is an author writing about everyone in the storyline. Darius is a great character as well, not your typical Sheriff. I did find the roll play a tadge cheeky and the audio quality was a little off. Overall this is my third book from this town and worthy of reading.

I didn't know you were ALLOWED to do that!

Where does Master May I? rank among all the audiobooks you’ve listened to so far?

It's one of the best I've ever heard. The narrator seemed a bit robotic at first but her voice gets hotter as the scenes do.

I like that she differentiated the two main characters without making either sound overly cartoonish. Darrius was masculine and strong and Alyssa was sly and sexy.

I didn't WANT to since I had other things I wanted to get done today but I couldn't STOP.

Sexy stories are a dime a dozen but originally like this is once in a lifetime.