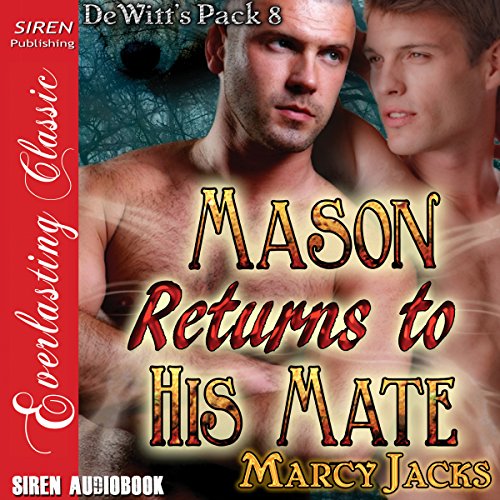 Mason Returns to His Mate

Mason DeWitt is on his way to see his brother after 10 years of exile, but after stopping in at the local pawn shop to get some gas money, he runs into the one person he hoped not to see. His mate.

Derek McTavish has never forgotten Mason, even after 10 years, despite the fact that they only had a one-night stand - or four - together, and when he sees Mason again, he needs to act before the man leaves him again. But Mason cannot forget that night when his wolf attempted to claim Derek. He believes it was sexual assault, and Derek believes otherwise, but will they reconcile their differences before a new group of hunters arrives to start a new war between wolf and man? Especially after Derek kills a hunter in self-defense, and now they want his head as much as Mason's.

What listeners say about Mason Returns to His Mate