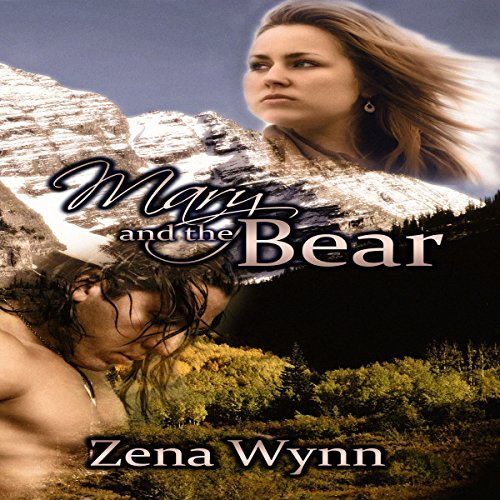 Mary and the Bear

Mary Elizabeth's life is spiraling out of control. Her twin sister, Babs, was killed in an automobile accident. Her bereaved brother-in-law has decided now is a good time to renew their college romance, and her healthy, domineering mother is demanding that she move back home and slave - ah, make that care for her. What's a woman to do? Get the heck out of Dodge! She jumps on the promotion offered by her best friend, Kiesha Morgan, and moves to Refuge, North Carolina. The last thing she wants or needs is a man; she's got enough going on in her life.

Hugh Mosely owns and operates Refuge's only eating establishment. As a favor to Alex Morgan, good friend and alpha of the Raven Pack, he agrees to rent the empty apartment above his diner to Mary Elizabeth and keep an eye on her. Hugh is also a were-bear who's actively searching for a mate: a she-bear he can breed with and continue his nearly extinct species. Despite his nearly overwhelming, instant attraction to Mary Elizabeth, he has no interest in human females. Unfortunately (or is that fortunately?) for them, the true mate bond doesn't care about personal agendas. Watch as they both get caught up in the mating fever and try to fight their way out.

What listeners say about Mary and the Bear

I like how Maya is not a push over. Can go toe to. Toe with her man.. Love it. Gave the character a depth.

I love this series and I am so missing zena Wynn as a writer. hope she starts up again soon.

Really loved the book and greatly enjoyed the audiobook. Mary and Hugh are a great couple. Enjoyed all the true mates books. This one it the best.

Male voices sounded the same as the female voices. Very weird and hard to listen to. Sad because I loved the story.

The story overall was good. I had read the kindle version and that was well written. The only thing I found annoying was the narrator maybe a different narrator would have been better her voice wasn't very good with the men parts that were read.

Met expectations with interesting stories of secondary characters.
Will read the next installment but wished it was on audible.