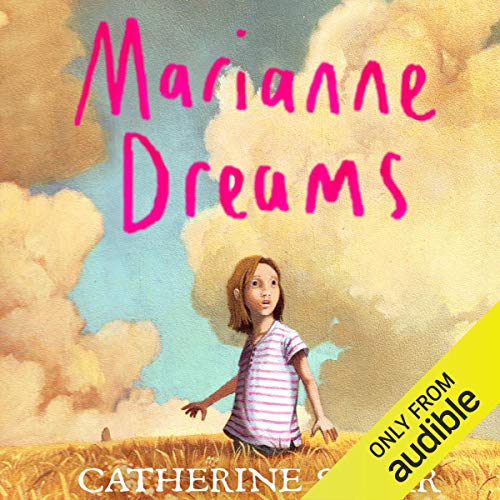 By: Catherine Storr
Narrated by: Susannah Harker
Try for £0.00

Marianne is no child prodigy at drawing. Confined to her bed with an illness, she finds a pencil in her great-grandmother's workbox, but the house she draws is as unsatisfying as always - like a shaky doll's house with grass as unlike anything growing as ever.

But that night she dreams and rediscovers her drawing in a completely new world. Returning to this world night after night, Marianne encounters a strange but familiar boy, and the house takes on an increasingly ominous significance for both of them....

Catherine Storr was born and lived most of her life in London. She practised medicine for 15 years but never forgot her ambition to be a writer. She wrote her first children's books for her three daughters, and many went on to become classics. Marianne Dreams was made into a film, The Paper House, in 1990.

What listeners say about Marianne Dreams

Susannah Barker reads this much-loved book superbly. The escape from the house to the lighthouse has to be the creepiest thing ever narrated.

No trouble recommending this one

As I was listening to this, I was reminded of the old classic Secret Garden by Burnett. This by a doctor, the other by an author who eschewed doctors. This a healing enhanced by support and caring; the other by magic and dispelling false belief. Marianne has to deal with her emotional trials, and it was fun listening to her grow beyond her self-pity.