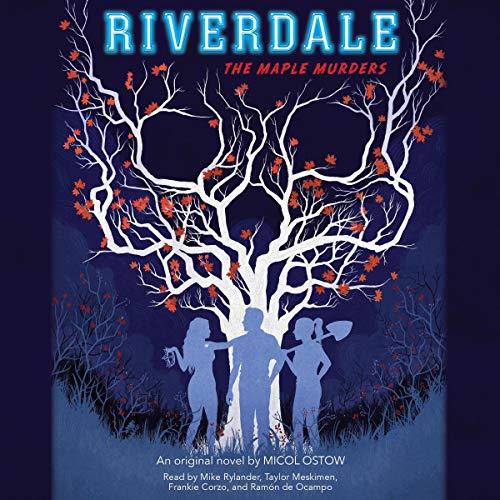 Riverdale is clamoring with excitement over news that an old town tradition is suddenly being revived: the Riverdale Revels.

The festival supposedly has a long history, dating back to the town's settlers' first successful maple tapping. But there's no record of the Revels anywhere. Archie, Betty, Veronica, and Jughead think there must be more to the story. And when a skeleton is uncovered in a 75-year-old time capsule on the first night of the festival, they know they're right.

But a dead body in a maple barrel isn't the only drama surrounding the Revels. The Royal Maple pageant (open to all Riverdale teens) is in full swing, but "accidents" keep befalling the contestants, including the gang's friends.

Someone is clearly trying to put an end to the Revels once and for all - but who? And more importantly, why? Can Archie and his friends put a stop to the sabotage before someone puts a stop to them?

This original novel features a story not seen on the show!

What listeners say about Maple Murders

Loved the first two books but this one has a different mood. It's preachy, whiny and not much of a story. Could probably skip chapters 1-4, 11 and others. I love Riverdale but the themselves in this book miss the mark.

Original Flavor at it's best.

Another fine Riverdale novel, something original to the show. Season 3, oh joy. Still, all excellent narration, great storyline as well.