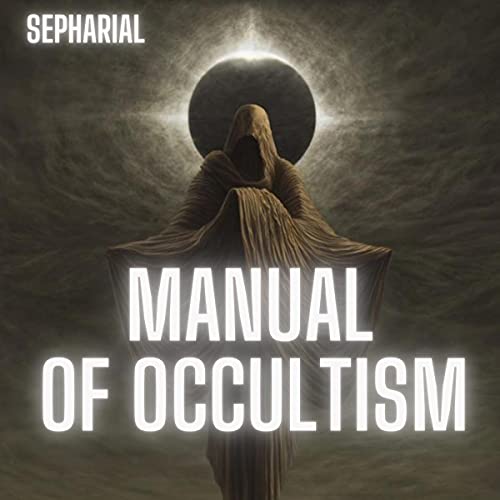 By: Sepharial
Narrated by: J J Hosenfeld
Try for £0.00

It is not my intention to attempt an exposition of the deeper arcana in connection with the various subjects treated of; but rather to place before the lay listener a number of methods by means of which he will be able to demonstrate to his own satisfaction, and that of others, that there is a deep substratum of truth in what is usually called "Occultism", and that the occult arts are sure and definite means of exploring them.

The ancient Hermetic philosophers were well aware of a certain subtitle correspondence or analogy existing between the superior and inferior worlds, the world of causation and that of effects. They traced a connection between the noumenal and the phenomenal, between the mind of man and his bodily condition, between the spiritual and the natural. They affirmed all this in a trite axiom: As above, so below.

This philosophy extended to concrete observations, and became a science which they embodied in the Doctrine of Correspondences. The hieroglyphic writings of the Chinese, Egyptians, and Assyrians are the outcome of this science, portions of which are current in our own thought and language. Thus when we speak of commerce, the merchant and the market, we are going back to traditional knowledge which associated the "winged messenger" of the gods with the ship in full sail; the word merx (trade) being at the root of the name Mercury, and the symbol the hieroglyph for all that the name imports. We call the Sun "he" and the Moon "she," tracing unconsciously a subtle correspondence between the day and the active male function in nature, and between the night and the passive female function. We speak of jovial men and infer their connection with the planet Jupiter; and all our destructive and hurtful ideas are embodied in such words as "to mar, ,"martial", "murder," etc., linking them to their source in the root marna (to strike), because the destructive element in nature is represented in our system by the planet Mars.

This Doctrine of Correspondences is at the root of all occult interpretation. It is our human presentation of the Universal Law which binds the Microcosm to the Macrocosm as an effect to its antecedent cause. The mystic, the poet, and the creative artist are all unconscious interpreters of this universal law. They have in some degree the universal sense by which their souls are rendered responsive to the pulsations of Nature’s own heartbeat.

The sybil, the diviner and the seer are in even closer touch with the Great Life, while they have less conscious enjoyment of that intimacy. Others there are who reach to the heart of things by a clear and conscious intellection, understanding what they see, analyzing and interpreting what they feel. These are the Occultists, the true masters of the secret knowledge. Here it is perhaps necessary to mark the distinction which exists between occultism and mediumism, between the voluntary conscious effort of the trained intellect and the automatic functioning of the natural "sensitive", in their respective relations to the occult world.

What listeners say about Manual of Occultism