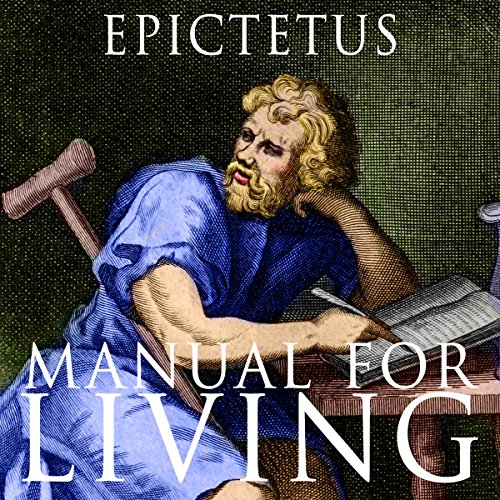 By: Epictetus
Narrated by: Austin Vanfleet
Try for £0.00

The little book by Epictetus called Enchiridion or Manual has played a disproportionately large role in the rise of modern attitudes and modern philosophy.

As soon as it had been translated into the vernacular languages, it became a best seller among independent intellectuals, among anti-Christian thinkers, and among philosophers of a subjective cast. Montaigne had a copy of the Enchiridion among his books. Pascal violently rejected the megalomaniac pride of the Stoic philosopher. Frederick the Great carried the book with him on all campaigns. It was a source of inspiration and encouragement to Anthony, Earl of Shaftesbury, in the serious illness which ended only in his death; many pages of his diaries contain passages copied from the Enchiridion.

It has been studied and widely quoted by Scottish philosophers like Francis Hutcheson, Adam Smith, and Adam Ferguson who valued Stoic moral philosophy for its reconciliation of social dependency and personal independence.

What listeners say about Manual for Living

How can such a noble work be almost impossible to listen to? The narrator.. So annoying. Do yourself a favor and listen a sample 1st. If you like the sound of a stuffy blue blood then hey, enjoy.