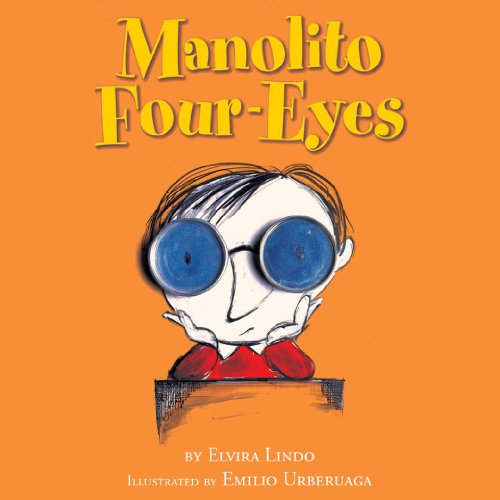 By: Elvira Lindo
Narrated by: Luci Christian Bell
Try for £0.00

"Nobody knows me as Manolito García Moreno, not even Big Ears López, and he's my best friend; even though sometimes he can be a dog and a traitor (and other times, a dog traitor), he's still my best friend and he's a whole lotta cool.

In Carabanchel - that's the name of my neighborhood in Madrid, in case I haven't told you-everyone knows me as Manolito Four-Eyes."

"Don't try to be different," says Manolito's mother. But he can't help it - he doesn't have to try. Whether he's fighting over the One-and-Only Susana; trying not to fight with Ozzy the Bully; telling his entire life story to the school psychologist; or discovering the true meaning of World Peace - 10-year-old Manolito is a real original. As he'd say, in the worldwide world, there's nobody like him! And for the first time, this best-selling phenomenon from Spain is available in English.

What listeners say about Manolito Four-Eyes