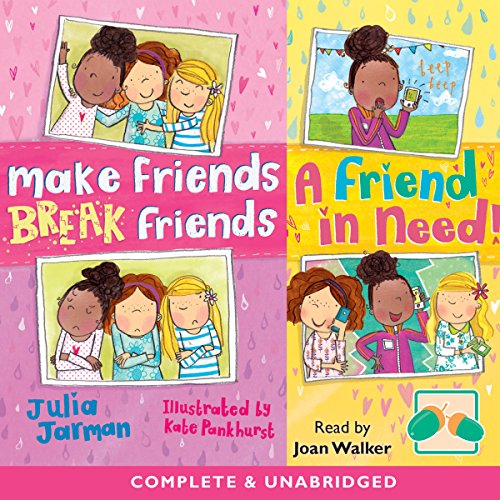 By: Julia Jarman
Narrated by: Joan Walker
Try for £0.00

Daisy has two best friends, Phoebe and Erika, but they don’t get on. Erika thinks Phoebe’s feeble and Phoebe thinks Erika’s a bully. Daisy has a plan to get her two best friends to like each other, but suddenly everyone is against her! In the second book in Julia Jarman’s Friends series Daisy and Phoebe are worried about Erika - she seems really quiet and is avoiding them. Erika is good at everything, and has loads of friends. If it wasn’t Erika they’d be worried she was being bullied, but who would bully the most popular girl in school?

"There are plenty of issues worth discussing." (Books for Keeps)
"Entertaining and realistic." (Julia Eccleshare, Lovereading)
"A great book for helping children to understand how tricky friendships can be." (Creative Steps)
"Will appeal to girls of sevenish who are gaining confidence as independent readers." (Jill Bennett Red, Reading Hub)