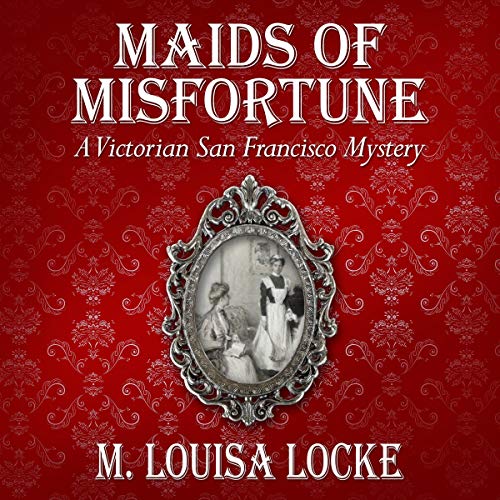 It’s the summer of 1879, and Annie Fuller, a young San Francisco widow, is in trouble. Annie’s husband squandered her fortune before committing suicide five years earlier, and one of his creditors is now threatening to take the boardinghouse she owns to pay off a debt. Annie Fuller also possesses a secret. She supplements her income by giving domestic and business advice as Madam Sibyl, one of San Francisco’s most exclusive clairvoyants, and one of Madam Sibyl’s clients, Matthew Voss, has died. The police believe his death was suicide brought upon by bankruptcy, but Annie believes Voss has been murdered and that his assets have been stolen. Nate Dawson wrestles with a difficult decision. As the Voss family lawyer, he would love to prove that Matthew Voss didn't leave his grieving family destitute. But that would mean working with Annie Fuller, a woman who alternatively attracts and infuriates him as she shatters every notion he ever had of proper ladylike behavior.

What listeners say about Maids of Misfortune

The worst narration EVER!

Simple but jaunty story spoilt by the narrator - monosyllabic and the WORST accents. It was cringeworthy at times and downright funny at others when she tried to imitate accents! No idea which character was talking - they were all the same!! Clearly no one listened to this before it was released. I thought it was being narrated by a computer at first.

I suspect I would have enjoyed this book and the series, but the narrator's attempt at foreign accents was so distracting (I only listened long enough to hear an inept Italian accent and a bone-jarring Irish brogue) that I gave up on Maids of Misfortune. Ms Haag needs to go back to drama school, and Ms Locke needs a publisher who can do a better job of vetting narrators.

The story was good. The plot was OK and well written. The narrator ruined it for me. There were times I felt like I was sitting through a poorly acted play. I will probably read the other books in the series in an e book rather than listen to them.