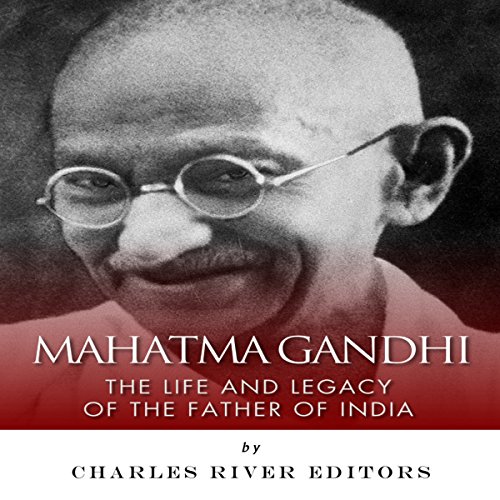 Mahatma Gandhi: The Life and Legacy of the Father of India

Mahatma Gandhi: The Life and Legacy of the Father of India

"In judging myself I shall try to be as harsh as truth, as I want others also to be." (Gandhi)

Mohandas Karamchand Gandhi, or Mahatma Gandhi as he is more popularly known, was called "Mahatma", or "great soul", not only because of his extraordinary achievements as leader of the Indian independence movement, but also because of his beliefs, practices, and principles, which demonstrated to the world the depths that one's soul could have. Widely considered the father of India, the preeminent leader of the Indian struggle against British imperialism, and one of the most influential minds of the 20th century, Gandhi emerged to become one of the greatest advocates of peace and nonviolent resistance that the world has known. By leading a life of austerity and integrity, Gandhi became one of those rare leaders who preached through his own practices, motivating millions of people - rich and poor, men and women, adults and children, Hindus, Muslims, and Christians - to follow his principles of freedom and peace.

Gandhi saw, with his own eyes, the negative impact of British colonialism on the Indian economy, culture, and identity, as did millions of other Indians. What made Gandhi unique was the fact that he also saw the enormously negative impact the diversity of the Indian population had on the struggle for Indian independence; divisions were rife between Hindus, Muslims, and dozens of other faiths, and the population was divided into hundreds of different ethnic groups, each with its own traditions and culture.

A very superficial overview of Gandi

Rather read Gandhi's own autobiography. This was more like a Wikipedia entry. It's a quick listen it you just want a brief introduction to who Gandhi was.