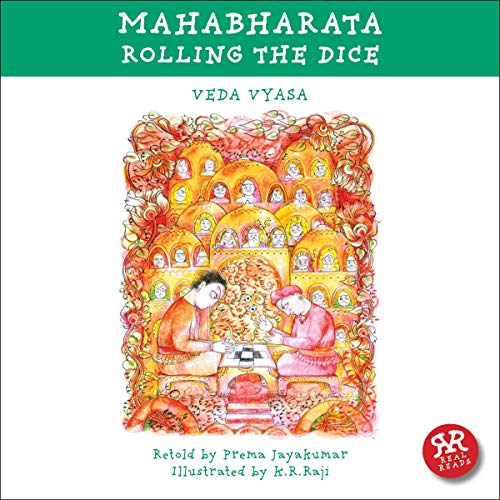 By: Veda Vyasa,Prema Jayakumar
Narrated by: unknown
Try for £0.00

If there ever was an epic that touches upon every conceivable human emotion and poses the most complex of questions, it has to be the Mahabharata, the most famous of stories from India.

In the second book of this exciting three-part series, a single roll of the dice reverses the fortunes of the Pandavas.

The peaceful years following the division of the kingdom of Bharata are soon to end because of Duryodhana's jealousy. With his uncle Sakuni, he now plots to secure the entire kingdom for the Kauravas, but will his cunning strategy work? Can the Pandavas ever win against the cunning Sakuni?

Yudhishtira, the oldest of the Pandava brothers and the architect of their misfortune, is prepared to gamble away his territory, his wealth, his brothers, himself - even his wife. What can the Pandavas do now?

What listeners say about Mahabharata: Rolling the Dice