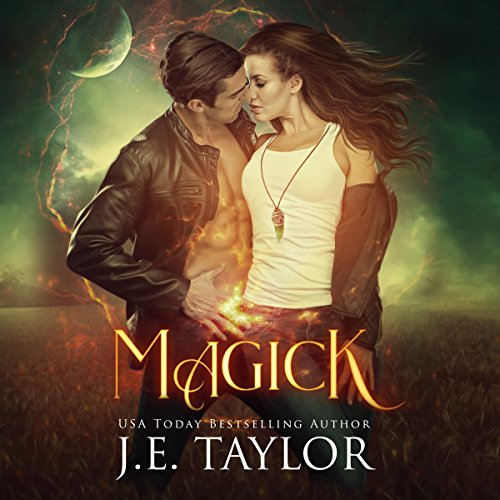 All the stars in Paige Turner's life align when Hunter Garrett proposes under a full moon in a graveyard garden on Halloween night. However, the moment they step inside the fraternity for the annual Halloween bash, their entire future unravels in a swell of drugs and deceit.

Paige wakes in a sanitarium with no recollection of anything beyond a few raunchy sex acts, and the news she is presented with squeezes her heart to the breaking point. Hunter died of an overdose, and everyone thinks she is responsible.

With all the evidence pointing in Paige's direction, proving her innocence may be an impossible feat, but that is the least of her worries now that she has unleashed an angry ghost.

What listeners say about Magick

can't read something that even hints that a person would get any kind of pleasure out of being forced into sexual acts against their will..