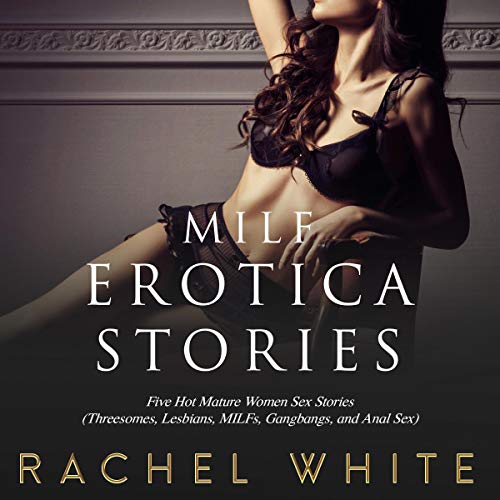 By: Rachel White
Narrated by: Hartley Good
Try for £0.00

Gina is the average stuck-up woman who thinks she’s better than everyone else, especially men. Her day starts off on a bad note when she gets to the gym and spots two men loitering around. It only gets worse when she gets inside and finds that her fitness instructor isn’t around and those same two men keep offering their services to her - not that she recognizes who they are.

The men, tired of being continuously put down by this woman, despite the fact that they are fitness trainers and every bit as good at their job as her usual instructor, decide they have no choice but to teach her a lesson. The gym is mostly empty, so it’s not as though anyone would notice. Besides, they have plenty of experience with this sort of thing...with this sort of woman...and putting her in her place.

At the end of her very strenuous workout, she finds that the women’s sauna is out of order. The trainers tell her she can use the male one and even offer to stand watch for her, to make sure she has all the privacy she needs. Gina is simply glad they’re actually showing her the respect she deserves, finally.

It isn’t long before they join her in the wet, steamy room....

I am new to this genre and now I will totally listen for more stories from the same genre. Highly recommended.

I wasn't sure just what these stories would be but the cover intrigued me. I found a delicious assortment of stories. Loved the narrator's voice and that these made me picture all sorts of images. I surprised myself by liking some that were about things I wouldn't normally gravitate toward. Good mix of erotica, recommend if you're new to the genre or just want to hear about all sorts of sex in one book.

I so love the chemistry between the two main characters. The author must be really inspired while writing this book; it is just so amazing.

This gives me a whole lot of new ideas that I wanted to try in real life. The narration is a plus in making the story even sexier.

Was very quick and to the point, very hot sexy short story, be very careful what you wish for, when you got it.

He's Watching Me would be the best of this audible. It'd pretty good to listen to this bundle with your wife, I'm pretty sure it will give you both a sexual pleasure.

There are several cringe-worthy moments in this listen and I enjoyed each one. I experienced so many emotions that I found myself not wanting to stop listening. I wanted even more.

For those who like their erotica sexy, kinky and short this compilation is perfect. Sweet, steamy and oh so good. Great, sweet, short stories with happily ever afters. I highly recommend it. Thanks

These stories are simply amazing! Usually started as f*ck buddy or in a one night stand then each character has fallen in love, for real. Hot and sweet!

omg omg pleases you as you listen,her voice so soft will make you have an organism

Characters that build intimacy in more ways than just sex. It’s very well written with a grabbing storyline. Loved it!

I just couldn't stop listening to this book as soon as it started. It is an enjoyable lesbian romance story. Sweet stories with just the right amount of passion, doubts, humor, and sex.

The narration is definitely worth a listen. Likable characters and I enjoyed the genre! Just a really lovely story and very engaging.

One of the best collections of erotica short stories I've ever listen! Be warned: these stories are very short but very hot, and you might be hooked.

These stories are well-explained and sexy. Love all the characters from all the books. Worth the penny.