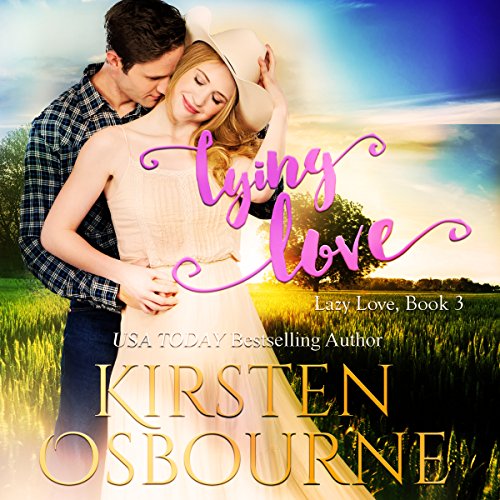 Actress Amber Knight has stolen the hearts of a nation in her role as MaryBeth on Lazy Love. But years before she got the role, her heart was stolen by John Baynard, the boy who she dreamed of love with. When she sees John again at a publicity event, and his young daughter is with him, she’s wary. She doesn’t dare trust him again, because she’s not sure she can survive another heartbreak at his hands.

John deliberately seeks out Amber in a public place, wanting to rekindle a flame that has never gone out for him. He’s watched her show faithfully, reading the tabloids as his only way to really keep up with her. He immediately asks her to give him a second chance and spend some time with him, but he can tell she’s afraid. Will he be able to convince her to take a risk on love? Or will they both spend the rest of their lives alone?

What listeners say about Lying Love

I loved this book. When you have a soul mate you should jump at the chance to be with them forever. This series is awesome. the narrator was great. Easy to listen to.

The story once again features a member of the Lazy Love cast. I recommend listening to the first two books before this one. It can be read alone but won't be as enjoyable, I feel. The second chance romance in the book almost seems like a miracle and that makes it all that more special. The thing that I really didn't enjoy that the narrator couldn't seem to make characters' voices different so that at times I couldn't tell which character was speaking. I found that confusing. Otherwise, it was such a fun romance.