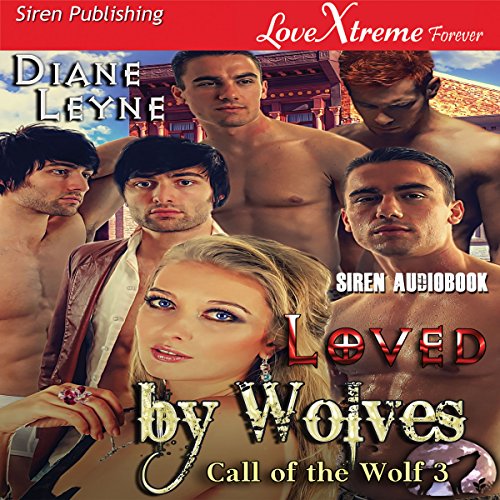 Penelope Levinson, owner of the Sunshine Cafe, and wolf-dog shape-shifting firefighter cousins Kent and Tucker O'Mara and John and Jack Stephens have known all their lives they were destined to be together. So why won't the mating ceremony work?

They've been trying since she turned twenty-five, and failure after failure is driving them apart. Mating has become a chore, not a pleasure, and they are getting tired of people asking them when they are going to settle down, mate, and start a family. They decide to give up on the ceremony if one last try doesn't work, but what does that mean for their relationship? Without the ceremony, Penelope faces exhaustion trying to handle the demands of the four brothers.

And then there's Oliver McKay, the new doctor in town and a human. Why does Penelope suddenly find herself attracted to him? Does this mean it's time to give up on love with her wolves and move on?

What listeners say about Loved by Wolves