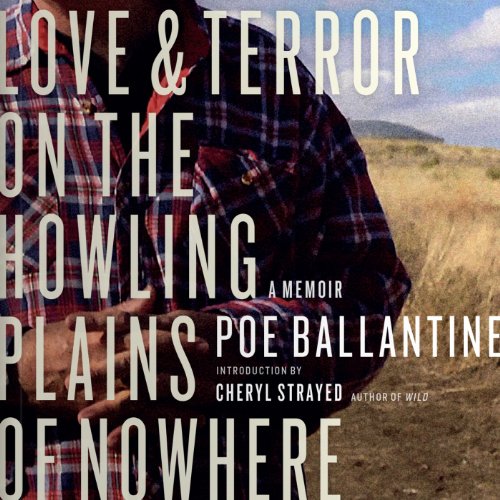 Love and Terror on the Howling Plains of Nowhere: A Memoir

Love and Terror on the Howling Plains of Nowhere: A Memoir

Fans of Truman Capote's In Cold Blood and John Berendt's Midnight in the Garden of Good and Evil will embrace Poe Ballantine's Love and Terror on the Howling Plains of Nowhere.

For well over twenty years, Poe Ballantine traveled America, taking odd jobs, living in small rooms, and wondering the big whys. At age 46, he finally settled with his Mexican immigrant wife in Chadron, Nebraska, where they had a son who was red-flagged as autistic. Poe published four books about his experiences as a wanderer and his observations of America. But one day in 2006, his neighbor, Steven Haataja, a math professor from the local state college disappeared. Ninety five days later, the professor was found bound to a tree, burned to death in the hills behind the campus where he had taught. No one, law enforcement included, understood the circumstances. Poe had never contemplated writing mystery or true crime, but since he knew all the players, the suspects, the sheriff, the police involved, he and his kindergarten son set out to find out what might have happened.

a scientist and writer adores this book

Brilliant! Chadron seems like the absolute freak town for me, based on a loose model of Twin Peaks. The characters, case, intrigue, and wonderful display of Tom's original use of the English language has shackled me to this case, the people involved, and the unlikely definitive outcome. I am very upset that none of the other author's books is on audible... I drive 3 hours a day and would love another book by Ballantine.

Author reads a bit quick but he does a great job.
He describes Chadron NE very well too. I spent a week there and it is exactly as he describes. I would like to move my kids there. The book is more of a memoir of his time in Chadron but the sub story of the math professors death is intriguing as well.
I do recommend this book.

"Not what I had expected"

This is a very different read then the usual true crime tale. It's read by the author in a manner and style that I can describe as a his almost humming of the words , not choppy and has what I thought was a hint of dry almost "dead pan " humor which I found fit in with the manner in which he read.
With that said, this is more an memoir of his life not about the murder . He uses the murder as a back story that happen during his life journey , which he begins talking about 2/3 of the way through.
Granted he has had a some what interesting story, I felt slightly mislead after reading the description and though I was getting true crime not memoir , and then side story. Plus , the book leaves u with more questions then answers. "

This book has a bit of everything in it. Mainly a memoir of a middle aged guy who seems to be drifting in life and can't quite find a person or place to help him settle in one spot. He finally finds both in an odd place, and seems to find contentment here. There are an assortment of unusual people who also land here that make the story more interesting. To top the story off, someone in town goes missing and is found in a pretty sad and unusual position. The author hopes to solve the mystery of this person along the way of telling his own story.
Just a bit of a warning that may affect your listening enjoyment at first.
I found the author's cadence of the reading to be a bit unusual at first. He has a nice voice but it's hard to describe if it's the accent or just listening to it. It's a bit like riding in a boat in choppy waters at first, until you get the hang of the waves and lean back to listen to the story. It highly improves after that.

Poe Ballantine, of course. He tackles the difficult and the personal (marriage, parenthood, career and a local murder) with compelling openness, honesty and insight.

As a reader of his own writing, Ballantine knows how his book is supposed to be read. Compelling and enjoyable.

It is all about Ballantine and not the murder

Poor narration by the author and a self indulgent focus distracts from the key interest in the book.

Who would you have cast as narrator instead of Poe Ballantine?

Poe should have simply sought training before being a narrator. Just a few lessons and it could have saved us all a lot of pain.

Could you see Love and Terror on the Howling Plains of Nowhere: A Memoir being made into a movie or a TV series? Who should the stars be?

The central character is not that interesting. The murder is the focus so a movie would need to focus on the murder and not the author.

It was the author, and he was a little flat at times.

There actually is a film ... same name. It's shot documentary-style. I enjoyed it... until the end. I saw it before I ordered the book. I would have loved some resolution... but it never came.