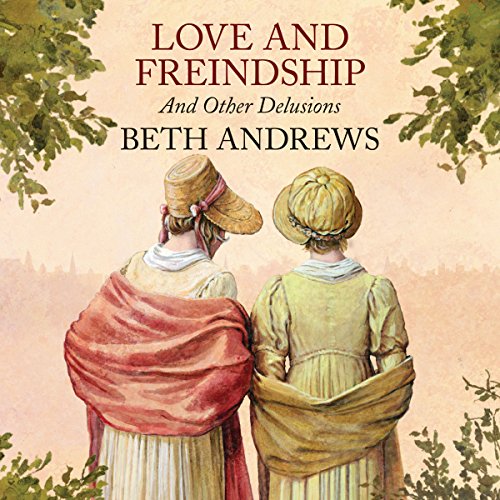 Love and Freindship and Other Delusions

Love and Freindship was written when Jane Austen was just 14. Now updated in this sparkling satire by Beth Andrews, the story follows Isabel and her daughter, Marianne, when they attend the theatre in Bury St Edmunds and encounter Isabel’s old friend, Laura Lindsay, who gives her journal to Marianne to read. It is a revelation to the younger woman as she reads of one hilarious, madcap romantic escapade after another. There is love at first sight, marriage the same day, the befriending of another young woman as romantic as Laura herself, exaggerated sentiment and complete disregard for the feelings of others. Havoc inevitably ensues.

This is Jane Austen retold but retaining her huge capacity for laughter and enjoyment of the absurd.

What listeners say about Love and Freindship and Other Delusions