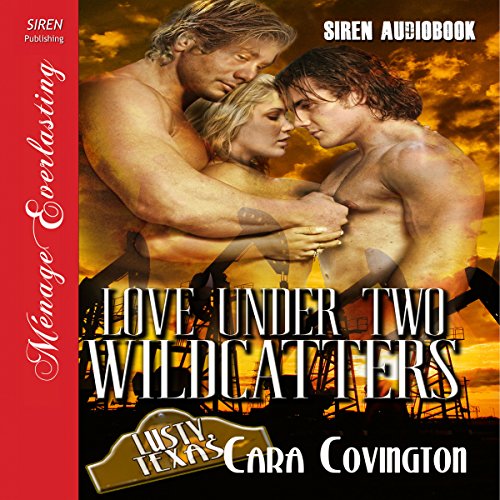 Twenty-first-century women don't need a man - or two or three - to make their lives complete. That's been Susan Benedict's mantra for some time now. The sadder truth is she doesn't know if she'll ever find any men as important to her as her relatives are - both past and present.

Enter Colt Evans and Ryder Magee, two rough-and-tumble wildcatters who arrive with more on their minds than just drilling a well on Susan's property. Soon Susan finds herself discovering the thrill of love under two wildcatters, but there are a couple of catches. First, Susan discovers her brothers sent the wildcatters, hinting at a bonus if they could romance Susan away from her self-imposed isolation. Then someone seems determined to destroy all Colt and Ryder have built up over the years. Will Colt and Ryder be able to uncover their enemy and conquer Susan's mistrust before it's too late?

What listeners say about Love Under Two Wildcatters