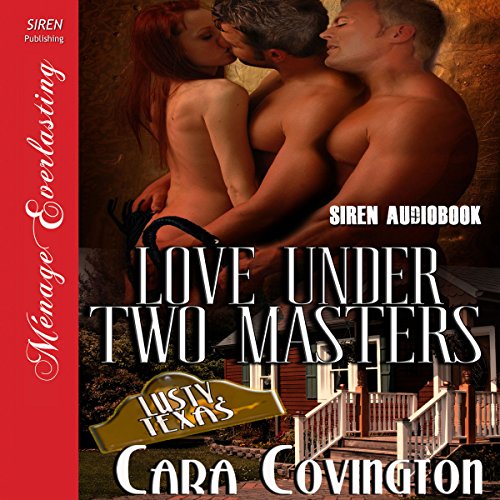 Daisy Kendrick knows she has but one chance to fix her life, and the lives of her former two masters. With the help of two other Doms-Jordan Fitzpatrick, owner of Reckless Abandon, and Robert Jessop of the Lusty, Texas, Jessops-Daisy lures Christopher Lyons and Rory Phelps to her side. Daisy will beg as she's never begged before, and give Christopher her ultimate trust by submitting to his whip. She knows it's her fault their relationship crashed and burned years before. Only she can fix it. Daisy soon learns, however, that things aren't quite as she believed them to be-and she's not the only one eaten with guilt, and not the only one who has a plan. Deserted, alone together and naked, it only remains to be seen whether or not three hearts can trump a load of pride, and if Daisy will realize her fondest wish, a lifetime of love under two masters.

I need to reread the series

Plenty of hawt and heavy smexy action!! Pretty much the whole point of this book is the sexing, so you get a big chunk of it. Be ready to have a ice cold shower or have someone handy to snuggle!

Audrey Lusk is a wonderful narrator who never fails to deliver with a smexy read!! I love how she brings all the seductive parts to life and gets ya all hot n' bothered. Her pace is spot on and she has just the right energy to make the read charismatic! This is why she is one of my favorites for the naughty reads!