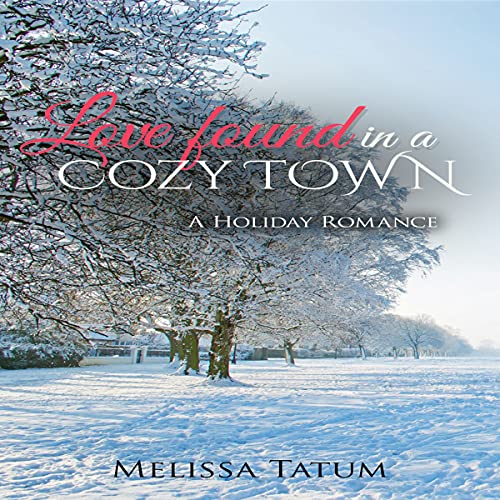 Love Found in a Cozy Town

Michael McNally knows that he's found more than his fantasy in Juliet Bradford. She is so much more than anything he had hoped for. He knows he doesn't want to let her go.

But Juliet's family, with the exception of her sister, is not nearly as lovely as she is. They are a bunch of old money snobs who, he knows, will look down on him. And so it proves. But he won't let Juliet apologize for them. Juliet has made something far more of herself, and he wants her to be proud of it.

But it isn't just about the snobbishness - he feels that there is something sinister about her brother's friend, Ross Carmichael. Juliet might be determined to never be a damsel in distress, but she might need some saving, anyway.

Juliet finds herself more and more drawn to Michael. It's more than a holiday affair, she knows that now. If a man can take time with her family and not blame her for it, she feels he's a keeper. But she knows how things can turn, and how even when everything seems perfect, there can be rot at the core. She thought she'd stopped believing in happy endings. She isn't sure if she can let herself believe again, now.

What listeners say about Love Found in a Cozy Town