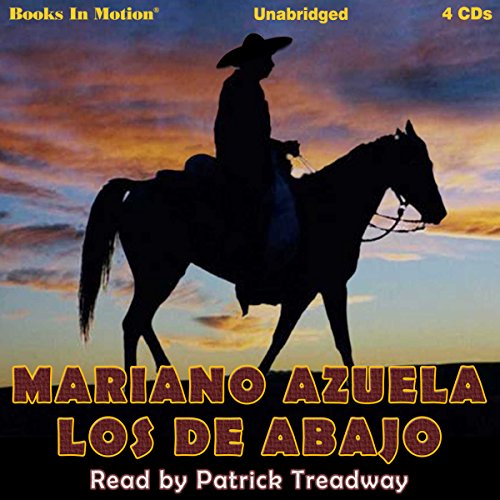 Considered the greatest novel of the Mexican Revolution. Los De Abajo means "those from under". More specifically it means the peasantry, or the under-dogs. It's the story of Demetrio Macias, a simple, peace-loving Mexican Indian forced by tyranny to join Villa's army. His unceasing courage in battle after battle earns him promotions to the status of General. But, as the war wears on, he becomes disillusioned as his rebels' "cause" suffers demoralizing defeats. In addition, he finds evidence of corruption appearing among his superiors.

It really captured what revolution means beyond ideals. A wonderful telling of the chaos the Mexican Revolution, the narrator's imitation of a Mexican accent can get a little painful, but overall very goodm

I wanted this audio to read along with my book but it's way different than the text on book the instructor assigned.