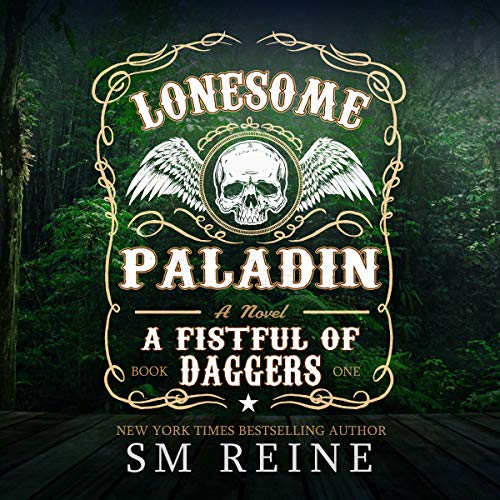 It's been a month since apocalypse destroyed the world as Lincoln Marshall once knew it. The new world is populated by deadly faeries, wild shapeshifters, and humans without a god. Lincoln's sins can never be absolved now that God is dead. There's nothing left for him but the bottom of a whiskey bottle.

Until Cesar Hawke comes seeking help. The undersecretary of the new Office of Preternatural Affairs has manifested uncontrollable magical powers. The only cure lies beyond the frontier of the untamed faerie worlds - a land that no mortal man can survive. He needs Lincoln to escort him to the Winter Queen through hostile territory riddled by killer unicorns, doppelgangers, and false prophets. No big deal.

Lincoln Marshall once conquered Hell. He's certain he can conquer the Middle Worlds too - and if he can't, he's happy to die trying.

“Every full moon the safehouses turned into Thunderdome for Shifters”

It’s a good listen definitely, but felt as though I’d missed out the first book at times and would definitely benefit from a prequel.
Looking forward to book 2 now the scene has been set.
Not sure if showing the character was a racist and homophobe (to allow for character development?) was necessary and seems a bit forced; could well put some listeners off from finishing, but please bear with it and keep going.
Jeffrey is a great narrator and I’ve loved everything I’ve heard of his, although some of the voices could have used a little more distinguishing from each other.
This is my honest opinion of a free review copy.

I thought I was getting a enjoyable urban fantasy novel and what Was actually got was a main character who could be summed up as bitter, homophobic, and bigoted. Never faster have I returned a book.

Lonesome Paladin: An Urban Fantasy Novel (A Fistful of Daggers Series, Book 1) by S M Reine and narrated by Jeffrey Kafer is an intriguing world, but one of the main characters spoiled it for me.

What’s it about? Lincoln must help Cesar to the faerie courts as he has rebirthed a second time since the Genesis. The Genesis healed the world, but turned half the world into preternaturals. Lincoln played a huge role into why the world changed. For his role in it, he is a bitter, hateful man. Unfortunately his hatred (homophobic, racist, and an all around POS) ruined the book for me. I kept waiting for him to show any remorse, but it never happened. If Lincoln was removed from the book, it’d be a five star story as the rest of the book was intriguing (characters, world setting, plot).
If you are new to S M Reine, do not start with this book- I enjoyed her Race of Thieves: An Urban Fantasy Novel (Artifact Hunters, Book 1).

The narrator, Jeffrey Kafer, did an amazing job. If it wasn’t for him, I would have quit listening well before the end.

“I was given this book at my request and have voluntarily left this review.”

Ehhhhh, the main character of this book is just so un-relatable and shitty. He’s the typical I can’t feel any feelings manly Cowboy that says homophobic and racist stuff with the excuse of I’m not one of those PC types. And I really don’t need that in my fantasy. It’s a shame because the world and the other characters in the book are actually interesting but not enough to continue reading the rest of the series.

Lonesome Paladin is a dark supernatural post apocalyptic story with a sanctimonious anti-hero. The storyline is entertaining and interesting. The narrator did a nice job. I received a free copy of this audiobook at my request and have voluntarily left this review.