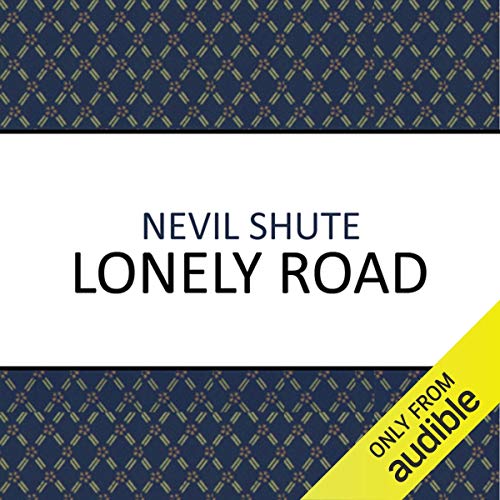 Commander Malcolm Stevenson, a rich middle-aged man, finds his lonely life turned upside down when he falls in love with a pretty dance hostess. His involvement with Mollie "Sixpence" Gordon will lead to the exposure of a conspiracy to sabotage the British General Election, but Stevenson’s dogged pursuit of the criminals will throw his life and the lives of those he cares about into grave danger.

"The English novel's only down-to-earth romantic...there is a quality of golden light that hangs over his books. That comes, I think, from his sense of order and from his own vast, undemonstrative solicitude" (John Ezard, Guardian)
"A first-class storyteller, and his narrative is extraordinarily convincing." (J. B. Priestley)


A visit to memory lane. Wonderfully read and completely evocative of its time. I enjoyed it very much.

I chose this because I liked the reader and I liked the Pied Piper. If you are considering your first Nevil Shute novel I would recommend Pied Piper in preference. Lonely Road is a pleasant enough listen.. It feels very dated, told in the first person, the narrator being a wealthy businessman who talks exactly like Prince Charles and every time he drives anywhere he talks about how the joy of travelling in a "motor car". I guess they didn't have drink drive laws in those days or he would surely have been in jail. One of the most striking things about the book is the treatment of women, which is so sexist that, even allowing for when it was written, I couldn't help but cringe.
One thing is curious. There is an important event near the end (don't worry I won't reveal it), which is entirely glossed over so that the outcome is only released as a short aside a week later. It is not confusing - you can work it out easily enough - but it is very strange. I half wondered if there was a chapter missing.

What made the experience of listening to Lonely Road the most enjoyable?

Shute is superb at describing the principle characters and their thoughts and environment. He has a nice touch with details and character. Pacing is very good.

What was most disappointing about Nevil Shute’s story?

The plot is implausible. Both the initial setup, where the narrator remains silent about what he knows and the latter part where he flies off and what follows.

What does Laurence Kennedy bring to the story that you wouldn’t experience if you just read the book?

No. It was not that compelling.