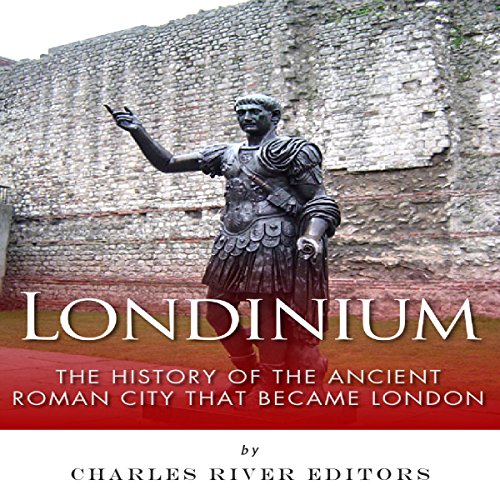 Londinium: The History of the Ancient Roman City That Became London

The famous conqueror from the European continent came ashore with thousands of men, ready to set up a new kingdom in England. The Britons had resisted the amphibious invasion from the moment his forces landed, but he was able to push forward. In a large winter battle, the Britons' large army attacked the invaders but was eventually routed, and the conqueror was able to set up a new kingdom. Over 1,100 years before William the Conqueror became the king of England after the Battle of Hastings, Julius Caesar came, saw, and conquered part of "Britannia", setting up a Roman province with a puppet king in 54 BC. In the new province, the Romans eventually constructed a military outpost overlooking a bridge across the River Thames. The new outpost was named Londinium, and it covered just over two dozen acres.

For most of the past 1,000 years, London has been the most dominant city in the world, ruling over so much land that it was said the sun never set on the British Empire. With the possible exception of Rome, no city has ever been more important or influential than London in human history. Thus it was only fitting that it was the Romans who established London as a prominent city. Londinium was initially little more than a small military outpost near the northern boundary of the Roman province of Britannia, but its access to the River Thames and the North Sea made it a valuable location for a port. During the middle of the first century AD, the Romans conducted another invasion of the British Isles, after which Londinium began to grow rapidly. As the Romans stationed legions there to defend against the Britons, Londinium became a thriving international port, allowing trade with Rome and other cities across the empire.

What listeners say about Londinium: The History of the Ancient Roman City That Became London

Not right to have an American read this.

Not worth the money and having it read by someone who doesn't know how to pronounce 'Southwark' was irritating. Narration speed also too fast

I didn't know that!


A concise and easily assimilated history of the port of Londinium during Roman occupation. Based on archaeology and writing, this thesis covers architecture, religious beliefs and practices, the role of the military in shaping the adaptive culture, and more. I feel that it was very well done and I enjoyed the learning process.
Robert Diepenbach has a pleasant voice with a sense of interest in the material and did a great job.

a wonderful look into the history of London as it existed in the Roman Empire.

What disappointed you about Londinium: The History of the Ancient Roman City That Became London?

Good information, but too short and nothing but dry statistics. Guess I wasn't expecting a college research paper, but that's what I feel I got.