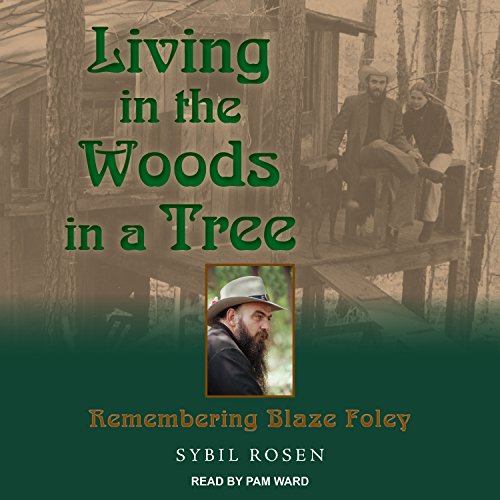 Living in the Woods in a Tree

Living in the Woods in a Tree is an intimate glimpse into the turbulent life of Texas music legend Blaze Foley (1949-1989), seen through the eyes of Sybil Rosen, the woman for whom he wrote his most widely known song, "If I Could Only Fly". It captures the exuberance of their fleeting idyll in a tree house in the Georgia woods during the countercultural 1970s. Rosen offers a firsthand witnessing of Foley's transformation from a reticent hippie musician to the enigmatic singer/songwriter who would live and die outside society's rules.

In a work that is part memoir, part biography, Rosen struggles to finally come to terms with Foley's myth and her role in its creation. Her tracing of his impact on her life navigates a lovers' road map along the permeable boundary between life and death. A must-listen for all Blaze Foley and Texas music fans as well as romantics of all ages, Living in the Woods in a Tree is an honest and compassionate portrait of the troubled artist and his reluctant muse.

What listeners say about Living in the Woods in a Tree

a must for Blaze Foley fans

It gives stories behind some of his most well known songs. amazing to hear the account of the woman that loved him.

This book is so well written the words almost feel like a song. The story draws you in and holds you tight the entire time. You end up loving all the characters and it makes you appreciate all the relationships in your own life even more. So much poetic reflection. It is a MUST read.

I listened to this book because I am a Blaze Foley fan. Now I am a Sybil Rosen fan also. This is a wonderful love story of two free spirits and an all consuming passion. Whether you know who Blaze Foley was or not, if you like a beautifully written memoir you'll love this book

Thank you so much for this beautiful and well written tribute to the legend of Blake Foley. You are a courageous and strong woman to tell this story with candor. Thank you.