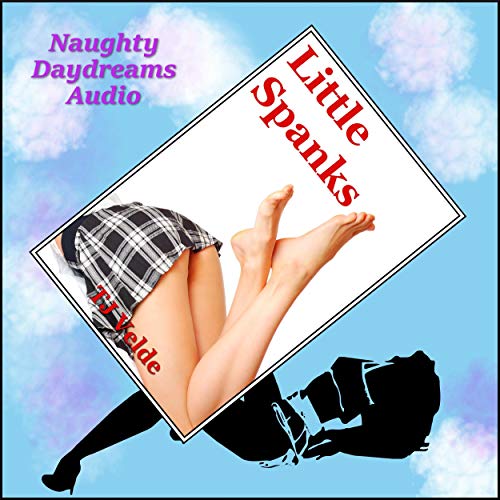 By: TJ Velde
Narrated by: Concha di Pastoro
Try for £0.00

I didn't know if I was supposed to respond. At this point, I was scared. It was a strange kind of fear, though, because it was fear mingled with excitement. I reached behind my back and pulled the bra off and just dropped it to the ground. Then I stared at him wide-eyed. He nodded a nod of approval.

Then, he pulled me from the bench, pushed me down so I was suddenly on my hands and knees, and landed a spank on my ass. I barely registered what he did before he was in action again. It was amazing how quickly he got my jean shorts off and my panties along with them. Just like that, I was naked in front of him. It really hit me right then that I had only known Leo and Ezra for about a week. I'd never been naked in front of a man so quickly!

But I was. I was naked in front of Ezra.

His hand came down in a hard, hard spank on my ass. Pain shot through me and I felt stunned. “I said you're to speak only when spoken to.”

Only mature adults who are legally able to listen to such material and are not offended by explicit content should listen to this story.