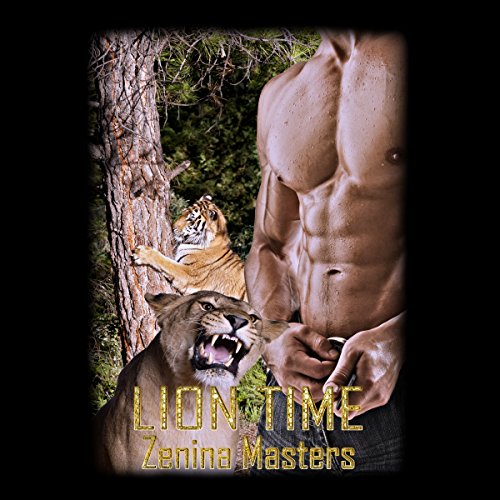 By: Zenina Masters
Narrated by: Kellie Kamryn
Try for £0.00

Lee was raised to be subservient, but her soul was screaming in agony with every moment in her household. Her mother helps her escape to the Crossroads the very night her father begins proceedings to sell Lee to one of his companions as third wife in a pride.

She was unprepared for the dating scene and shocked by the mating scene at the Crossroads, but the moment she sees something wrong, her shock turns into action and she does what she has to do. James watched the lioness in his bar, but despite her body being exactly his type her shy demeanour is a turnoff. He wants a woman who can hold her own with him, a woman who can stand at his side, not behind him. He is convinced that she is too timid for him until she follows two thugs out into the night and claws them bloody before they can attack their vulnerable target.

Watching her go from timid to ferocious, he has to reassess his first impression, and he has to admit, the claws are a bit of a turn on.

What listeners say about Lion Time

Great story read too fast and with no character

There was no disernable change in voice between characters and the story was read too fast. I own and have enjoyed all of the crossroads books by Ms Masters. I listen to books to get something different in the story. This was a major disappointment.

buy the book, not the audio.

much better then first

I really enjoy the shifting crossroads series so far only 2 out of the 30 plus books are on audible but I hope they continue first book on audible was bad but this one us so much better. there sre some areas of hesitation were story didn't flow as well but overall I enjoyed listing to this story. I'll be watching for the next in the series.

Want the whole series in audio!!

I recently reread this book in audio, still enjoyed it thoroughly!

I am so happy to have discovered this author and series!! I am really enjoying it! This is the second book and still shows great promise for things to come in the series.

I loved Lee!! She is an awesome character! She has been beat down by life and keeps getting up! She has a wonderful spirit and attitude for all she has been through. And Jim is just the right man for her! They are a great pair and I love the dynamic of their relationship.

This time around we get more of a feel for the Crossroads and how things run there. We met several shifters I am hoping to get stories for as well. So many possibilities and room for growth in the small community!

The story takes the front burner in this series and it is a great tale. I thought it was very well told and the resolution worked for me. Lee had her "You go, Girl" moment!

It is a fairly short read and at times things are a touch slow. More sex would have helped. It is erotica after all!

The steamy scenes that were included were delicious!! I just wished for a little more!

I listened to the audiobook narrated by Kellie Kamryn, who tends to be hit or miss with me. I like her read in general, as long as I speed it up, it is more the production quality that ruins things. This was better than others, less of the reading from a cave sound. I enjoyed her energy throughout the read and the consistency of the voices. Regular speed is too slow and has strange pacing, punch it up to double and it sounds great. She has a tendency to really hit the consonants, but that is just me getting picky. Overall I like her tone and would love her if not for the pace and production.

I am eager to see the rest of this series in audio, I have enjoyed the ebooks and would love to get all caught up in the series with audio!

*** I hope this review was useful to you and helped your decision to read or not read this book. I love reading and sharing my opinions with other readers. I listen at double speed; all my impressions of the narration are from that setting. Thanks for taking the time to read my review! You can see more audiobook reviews on my blog Eargasms Audiobook Reviews ***